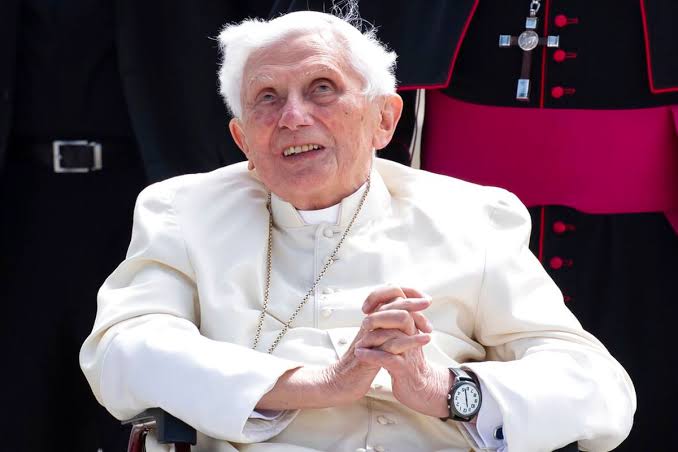 A German law firm has accused former Pope Benedict XVI, of failing to stop child sexual-abuses or take any action even when he knew about them when he was the Archbishop of Munich and Freising dioceses.

The law firm which has been investigating the Catholic Church’s handling of child sexual-abuse cases, claims that the former Pope failed to take action in four instances including two that resulted in legal charges.

The report titled “Sexual abuse of minors and adult wards by clerics and full-time employees in the Archdiocese of Munich and Freising from 1945 – 2019,” runs for nearly 1,900 pages.

“In a total of four cases, we reached a consensus there was a failure to act,” Martin Pusch, an attorney with the law firm, Westphal Spilker Wastl, told news site, Deutsche Welle.

Pusch added that despite the abuse, the church allowed priests to continue working without restrictions.

“Most victims were young, with 247 male victims and 182 female;
There were 235 perpetrators of abuse, including 173 priests,” Pusch said while presenting the report at a press conference on Friday.

The report also contradicted Pope Benedict’s long-running denial that he covered up or ignored abuse.

“For much of the time in question, he was known as Cardinal Joseph Ratzinger and served in the Munich post from 1977 to 1982.

“Two of the cases involved two perpetrators who committed the abuse while Ratzinger was in office.

“The two were kept in pastoral work after being punished by the judicial system.

“A third case involved a cleric who had been convicted by a court outside Germany and was put back into service in the Munich archdiocese despite evidence showing Ratzinger knew of the man’s past,” the lawyer said

Another lawyer from the firm, Ulrich Wastl, pointed to records of a meeting in which Munich church leaders agreed to accept the transfer of an abusive priest in early 1980, but Pope Benedict had repeatedly denied being present at the meeting.

“However, minutes of the session showed he was part of the meeting,” Wastl said.

Benedict, 94, resigned from the papacy in 2013, making him the first pope to step down in nearly 600 years with his tenure lasting just under eight years.

Related Topics:ArchbishopGerman law firm
Up Next