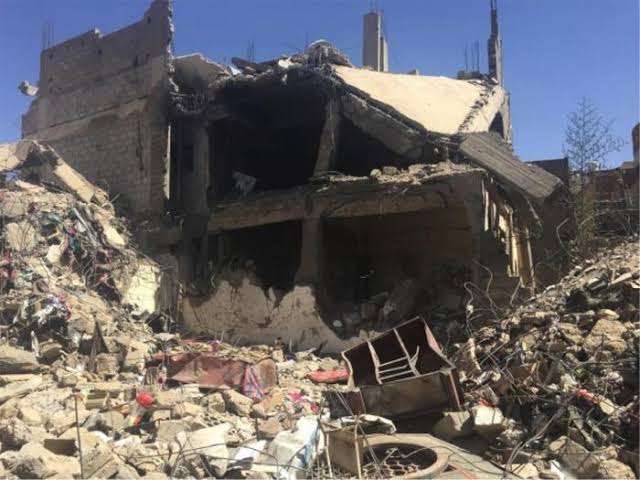 An airstrike which hit a detention centre in Yemen on Friday, has killed at least 70 people, including children and women, while more than 130 were injured, according to a statement on Saturday by Doctors Without Borders (MSF).

The MSF accused a Saudi Arabian-led coalition for the strike, saying it has continued to ramp up its deadly offensive on rebels in the war-torn nation despite efforts to intervene in the crisis by countries like the United States and the United Kingdom.

“From what I hear from my colleague in Sa’ada, there are many bodies still at the scene of the airstrike, many missing people,” said Ahmad Mahat, head of the MSF mission in Yemen.

“It is impossible to know how many people have been killed. It seems to have been a horrific act of violence,” he added.

NetBlocks, an organization that tracks network disruptions also reported that another airstrike hit a telecommunications building in the strategic port city of Hodeidah, causing a nationwide internet blackout in parts of the country.

“At least three children and seven women were killed in the attack,” Save the Children said while the Norwegian Refugee Council said the internet blackout, which was still ongoing as of Friday evening, would affect aid delivery.

The Iran-backed Houthi rebels who control much of Yemen, also blamed the Saudi-led coalition for the strikes and vowed a deadly revenge.

A coalition led by Saudi Arabia and the United Arab Emirates has been launching offensives since 2015 to restore Yemen’s internationally recognized government, after it was ousted by the Houthis.

The coalition has intensified its attacks in the wake of a Houthi missile and drone strike in the UAE capital Abu Dhabi earlier in the week.

Related Topics:Yemen airstrikes
Up Next