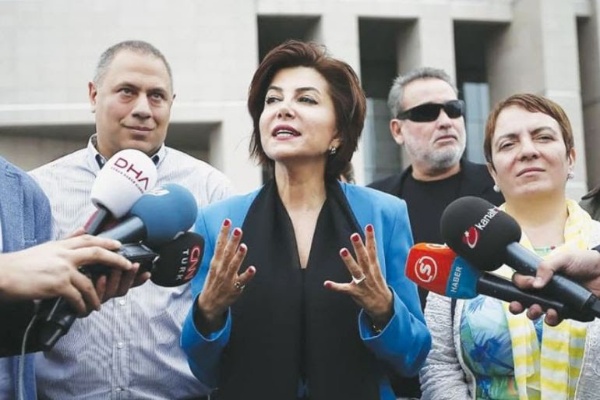 A prominent female journalist in Turkey, Sedef Kabas, has been arrested and detained for allegedly insulting President Recep Tayyip Erdogan on national television and on Twitter.

Kabas who was arrested in her home on Saturday, faces up to four years in prison if she is found guilty of the crime.

After her arrest, a Turkish court ordered she should be placed in jail pending trial on a charge of insulting President Erdogan under a law that has seen tens of thousands prosecuted.

The alleged insult was in the form of a palace-related proverb that Kabas expressed both on an opposition television channel and on her Twitter account, drawing condemnation from government officials.

“When the ox climbs to the palace, he does not become a king, but the palace becomes a barn,” she had tweeted.

“The honour of the presidency’s office is the honour of our country… I condemn the vulgar insults made against our president and his office,” Altun tweeted.

Abdulhamit Gul, Turkey’s justice minister, also said on Twitter that Kabas will “get what she deserves” for her “unlawful” words.

Kabas’s lawyer Ugur Poyraz, who described her arrest as disgraceful, said he will appeal the “unlawful” decision on Monday.

“We hope Turkey can return to rule of law soon,” Poyraz added.