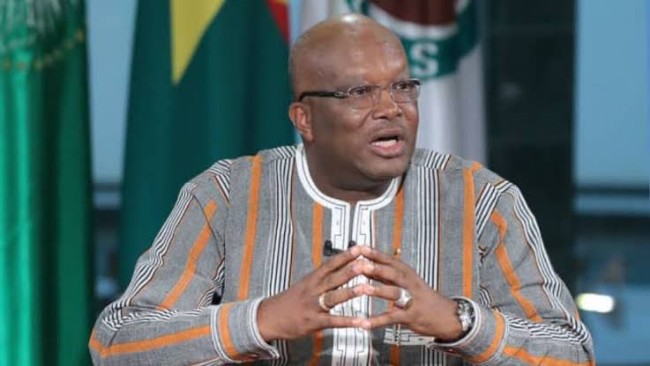 Mutinous soldiers in Burkina Faso have arrested and detained the President, Roch Marc Christian Kabore, alongside some cabinet ministers, following a night of intense shooting in different military bases in what has been described as a coup attempt.

According to news from state media on Monday, the detention of Kabore came a day after disenchanted soldiers staged mutinies at several army barracks, prompting fears of a coup in the conflict-hit West African country on Sunday night.

Heavy gunfire was also heard near Kabore’s residence in the capital, Ouagadougou, as several armoured vehicles of the presidential fleet, riddled with bullets, could be seen near the residence on Monday morning with one spattered with blood.

Security sources confirmed that Kabore was detained at a military camp, though the government, in a statement, denied that a coup was under way.

A top security official who spoke to Reuters also confirmed the detention of Kabore.

“President Kabore, the head of parliament, and the ministers are effectively in the hands of the soldiers at the Sangoule Lamizana barracks in the capital.

“We are in contact with some leaders of the rebellious soldiers and they have assured us that President Kabore and the rest are being held in a safe place.”

Kabore has been Burkina Faso’s president since being elected in 2015 after a popular uprising ousted longtime strongman President Blaise Compaore, who was in power for nearly three decades.

Kabore was reelected in November 2020 for another five-year term, however, he has been unable to stem the spread of violence across the country.