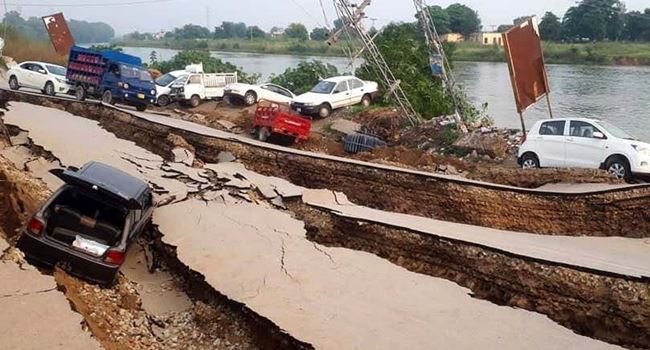 The northern Jehlum area of Pakistan situated in the Punjab province has been hit with a 5.8 magnitude earthquake, which has claimed the lives of no less than 25 people and injured 300 other victims.

Rescue operatives say some of those who were injured had serious injuries, and it is likely that the death toll could go up.

Reports also revealed that many residents in the area stayed outside their homes overnight for fear of more aftershocks.

According to Mirpur police chief Gul Faraz, the damage was mainly limited to the area around Mirpur, in Pakistan-administered Kashmir, located about 85km (53 miles) southeast of the country.

READ ALSO: EBOLA ROW: Tanzania summons WHO official over allegations of refusing to give info on recorded cases

“Our main road that goes along the canal was badly damaged and a bridge was destroyed. People are being brought in on motorcycles from there,” he said.

Speaking with Al Jazeera, local disaster management officials said they were still gathering reports from the site of the earthquake, but had received word of damage to infrastructure.

“We have reports of cracks in the roads there,” said disaster management official Ammar Raza Shaikh.