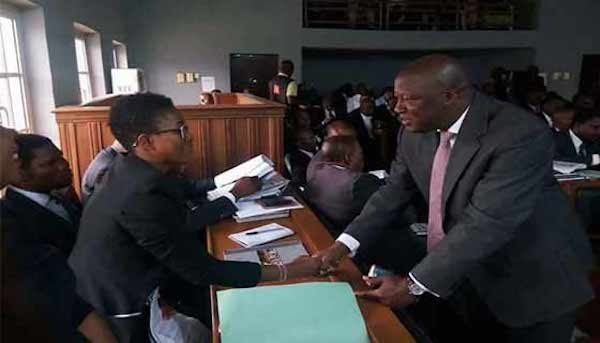 Abubakar Mo-Allahyidi of the All Progressives Congress (APC) had filed a petition challenging the election of Sen Binos over allegations of over-voting, violence, non-compliance with electoral procedure, among other ‘irregularities’.

The tribunal, which sat from 11 am to 4:15 pm on Wednesday, dismissed this suit for the failure of the applicant to prove his case.

Sen. Mo-Allahyidi had instituted the suit on the grounds that the March 23, 2019 senatorial election conducted in the southern zone of Adamawa State, which produced Sen. Binos, was characterized by massive violence, bribery, alteration of result sheet, vote buying, over voting, and non-accreditation of voters, all of which, according to Mo-Allahyidi, outrightly violated some sections of the Electoral Act.

He had prayed the tribunal to declare the election of Sen. Binos invalid, declare him (Mo-Allahyidi) as the winner of the election, and to order the Independent National Electoral Commission (INEC) to issue him with the certificate of return.

Sen. Binos on his part prayed the tribunal to dismiss the petition for lack of merit. He argued that the petitioner had failed to tender concrete evidences to support his case.

Delivering his judgment on the suit, the chairman of the tribunal, Justice Suleiman Akanbi, struck out the petition for “failure” of Mo-Allahyidi to prove his case beyond reasonable doubt.

Justice Akanbi, assisted by two other justices, declared that the petitioner could not link his prayers of violation of electoral act with concrete evidences, and dismissed the suit for lack of merit.

Similarly, the petitions against Hon Abdulrazak Namdas and Kwamoti Bitrus Laori were dismissed by the tribunal.

The suits against Hon Kwamoti and against Namdas made similar claims.

Justice Suleiman Akanbi dismissed both petitions, retaining both House of Representatives members in their respective seats.

The lead judge said, in both cases, the petitioners made claims based on hearsay, which they presented in hyperbolical terms without providing proofs.