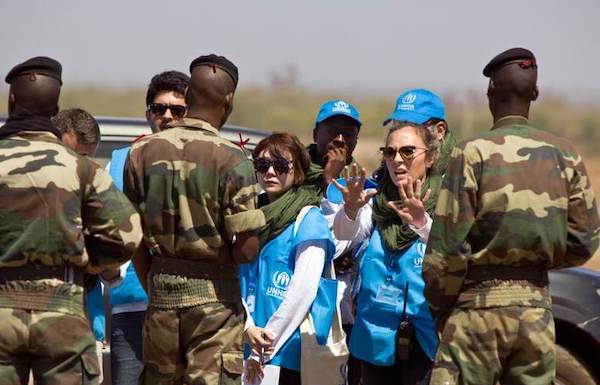 There had been unconfirmed reports that suspected Boko Haram terrorists attacked a convoy of humanitarian workers in the early hours of Thursday, along the Maiduguri-Damasak road, killing two staff of the aid agency and abducting a couple others.

But in a statement issued in Maiduguri, the Borno state capital, UN Humanitarian Coordinator in Nigeria, Edward Kallon, called on people to avoid spreading unverified information.

He said: “I am deeply disturbed by reports of an incident involving aid workers from International NGOs in northern Borno.

“As details are still coming in and information has yet to be confirmed, the humanitarian community in Nigeria is concerned about the safety of the workers.

“The community is concerned about our ACF colleague, partners and contractors involved in the attack against an aid convoy reported on July 18; on Gubio-Damasak Road.

“First and foremost, my thoughts are with them and their families. They devote their lives to helping vulnerable people and communities in an area heavily affected by violence.

“I call on all who may have influence to do everything they can to keep them unharmed and work towards their safe return.

“Out of respect and consideration for the families, the humanitarian community in Nigeria is also asking the general public, including the media, to refrain from sharing any unconfirmed information.

“The spread of misinformation may put the concerned aid workers at risk and jeopardise their way back to safety,’’ Kallon said.