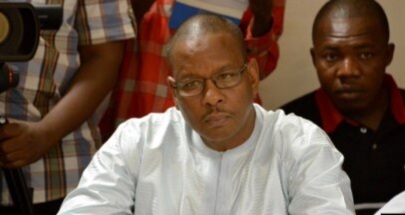 Operatives of the cybercrime police in Burkina Faso have arrested a trader for allegedly issuing death threats to one of the country’s leading journalists on social media.

The cybercrime said in a statement on Monday that the 35-year-old had last month threatened to incite violence against Mr. Newton Ahmed Barry.

The statement read: “Go and burn his house, raze his home completely, gather up the sand that’s left and leave the land empty,” a voice says in the recording first aired on WhatsApp.

The journalist was called a terrorist “who does not deserve to live.”

The police added that the suspect had admitted to making the recording.

It was however unclear why the suspects issued the death threats against Barry, a state television reporter in the 1980s and former editor-in-chief of an investigative publication.

The journalists risked the wrath of pro-Russian forces last May when he criticized on a private television channel the government’s move to bring in Russian mercenaries to help tackle the jihadist insurgency.

Barry quit as a television presenter after the 1998 murder of investigative journalist Norbert Zongo and three of his colleagues found riddled with bullets in a burnt-out car.

He had heavily criticized the regime of President Blaise Compaore.

He was appointed as head of Burkina Faso’s Independent National Electoral Commission (CENI) after the president’s downfall in 2014 but resigned last year.