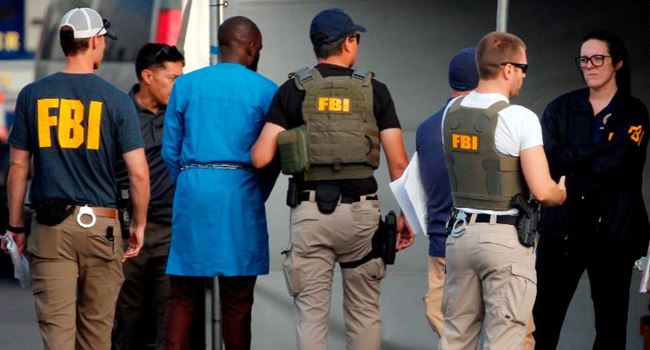 A revered country like Nigeria, with citizens in numerous counts replete across the globe, should not handle the recent FBI fraud cases with cold discernment. The least is to note that these convictions will go on to add up to a backlog of existing negative stereotyping suffered by Nigerians on the global scene.

Reviewing past consequences, some of which we will revisit in this post, not only had this ill-mention caused a highhanded damage to the country’s sense of pride as a national entity, it had also affected how foreigners perceived citizens, in the event of doing business together.

What is the call for concern?

It’s rather too unfortunate as old tears, on the nation’s fabric, have not been successfully patched. While this is happening at a time the nation is supposedly struggling to get over past daunting skirmishes, these emerging fresh cases of fraud can only send the country behind the curtain of shame.

Why are we worried?

In Public Relation (PR), we know that the image of a country is like a business brand (name) that must be protected as it is the signature to which many (tens, hundreds, or millions) is legally apprehended. We equally know that defaulting on this (image protection) is enough to deliver a crack on the vase of the entity –whether business, person or place, in this case Nigeria.

Before now, cyber crime has been a common fraudulent practice attached to the Nigerian name. As ugly as it might seem, almost the entire world exercises a 2-step backward stance at the point of meeting a Nigeria whether at a conference, park or mall. The fear of getting duped is always written on the faces of these foreigners. Thanks to the promoted media’s representation of Nigeria as being notorious. While this is not in any way purported, crimes involving Nigerians as culprits (sufficiently) were convincing.

With the advancement in technology, people (not limited to Nigerians) have devised other technical means to spy and steal from others without their slightest knowledge. This is the case with majority of crime involving the use of email.

How is this done?

Phishing (among other tactics) is a commonplace practice of fraudsters in the 21st century. Here, unsuspecting individuals willingly supply their login details of social media accounts or email to an unnoticed fraudster doing the phishing. After a successful phish, the fraudster can then go on to take over such account willy-nilly.

There are cases where the fraudster understudies the unsuspecting individual for months before eventually hitting at the person. Here, the fraudster learns about the communication pattern of the would-be victim –choice of words, length of sentences and variation in pitch.

At the end, he can take charge of the account to communicate with the victim’s contacts. You can imagine what happens when a success is made phishing a top CEO’s account. The rest can be history.

PLEASE NOTE: These guys do not target low income earners. Their regular choices (as confirmed by security operatives) are top executives, finance managers and large companies –especially those that facilitate transfer of funds for big purchases and service payments.

America’s Federal Bureau of Investigations (FBI), through the court, has convicted (upon earlier 2018 arrest) a group of Nigerians, described as the “most prolific” set of fraudsters on the U.S. shore.

According to reports, the FBI published 80 defendants charged with defrauding victims of up to $10 million in one of the “largest cases of its kind in the U.S. history.” Adding that, the convicts used different forms of cyber fraud in an effort to steal $40 million in total from victims in 10 countries.

It would be recalled, as well, the recent apprehension of Obinwanne Okeke, described as a fraudster with a promising portfolio given his mentions and celebrated feats (before his arrest) on Forbes 30-under-30 and the BBC. Invictus Obi, as popularly called, was arrested after a 13-month investigation that established his link to an $11 million BEC fraud case.

Where is Nigeria on the map of trust?

With the level of attention drawn on the country, even Nigerians are applying caution when dealing with one another. And, it is thus, understandable what shade of attitude foreigners will exhibit. To mention few instances where we are still struggling to repair;

Poorly managed crises, like this, can lead to a host of homogeneous consequences. This can range from divestment of foreigners from the nation’s lot to unsolicited suspicion from partners, co-workers, employee, etc. of multinational companies. In fact, some will take advantage of this situation to satisfy selfish desires. If this happens, we saw it rightly coming.

In June, India’s Director-General of Shipping, Capt Anish Joseph, banned seafarers of Indian origin from working in various coastal states jurisdiction in the Gulf of Guinea (including Nigeria, Ghana, and other West African countries). This, according to report, was as a result to the then rise in crime rate.

In a circular, the Director General noted that attacks in the past have witnessed violent actions such as ships’ crew members being injured, kidnapped and in certain occasions taken ashore for ransom. What then happened (as observed) was that the ban threatened business trade via shipping between Nigeria and India, especially as India being Nigeria’s largest trading partner as of the third quarter of 2018. Ultimately, Nigeria suffered a significant reduction in trade value.

Where do we go from here?

If only the country has a crises management team that can strategise to help the situation to a reasonable extent. Another way of repairing a damaged reputation is to own the situation by accepting fault and apologizing while assuring the public of working to avoid future occurrence.

This, perhaps, is the duty of the presidency. To condemn the criminals publicly, follow up on the event, design post-scandal strategies and inform the international community what the nation is doing to set things right.

But, let’s ask: how solid is crises management in Nigeria?