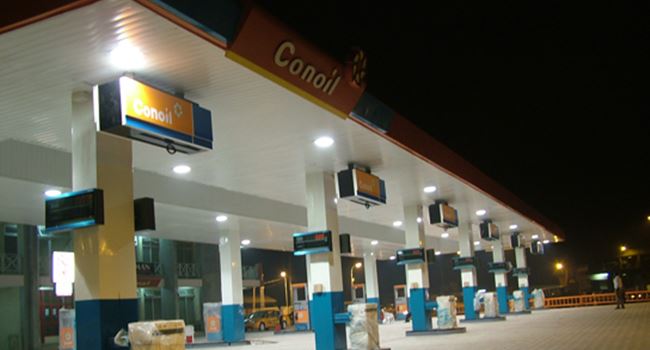 The First Half [H1] of 2021 is cost saving season for Conoil management, as the board took a pay cut amid rising expenses on production of its white products and lubricants.

Remuneration of the directors was cut by 12.2 percent during the period ended June 30, 2021 as the management also cut down on travelling expenses.

Ripples Nigeria gathered that directors’ remuneration dropped to about N990,000 during the period under review, against the N11.09 million paid during the same period last year.

However, while the directors cut down on their remuneration and travelling expenses, Conoil management increased spending on entertainment and hotels, splashing N2.04 million in H1 2021, more than the N1.68 million spent in H1 2020.

Their travelling expenses, according to checks on Conoil’s financials, was also reduced as the company spent N33.76 million for the period ended June 2021, spending below the N46.12 million of H1 2020.

The reduction in board expenses occurred as Conoil’s management were unable to cut cost of production which dwarfed the company’s revenue for the period.

White products generated N63.7 billion in the period ended June 31, 2021, against the N54.4 billion recorded during the corresponding period of 2020, while Lubricants’ turnover was N3.92 billion in H1 this year, in contrast to the N2.95 billion of H1 last year.

But 76.3 percent increase in cost of producing its white products and lubricants slowed its profit growth for the first half of this year to N5.2 billion, slightly above the N4.7 billion of last years H1.

The cost of sales had risen to N62.4 billion during the period under review, surpassing the N52.6 billion spent during the corresponding period of 2020.

In a statement about protecting its turnover, which is still exposed to COVID-19 pandemic considering the rising number of cases of delta variants, Conoil’s management said it will do whatever it takes.

“The Board of Directors is taking all necessary steps to ensure business continuity for the Company and to protect its turnover, results and cash-flow as much as possible against the impacts from the COVID-19 pandemic and its impact on the Nigerian economy.” a statement from Conoil said.