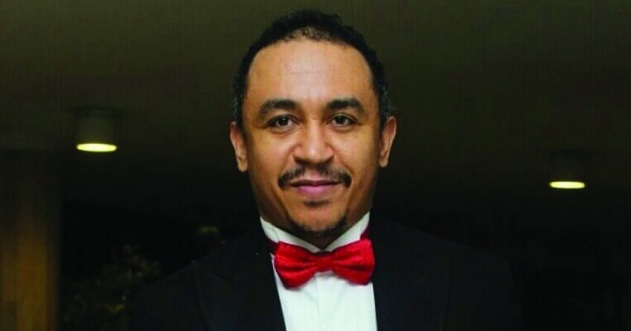 Controversial radio personality Daddy Freeze has rubbished news making the rounds that a pastor of the Redeemed Christian Church of God (RCCG) based in Ondo State prayed for a crippled man with leprosy and two deaf men who instantly received healing.

Reacting to the miracle performed by the RCCG pastor identified as a 26-year-old woman, Bose Isaac, Daddy Freeze in a post on his Instagram page said only a stupid person needs a miracle to cure leprosy.

According to Daddy Freeze, there has been a cure for leprosy which has been in existence for the last 80 years and it is readily available even as he noted that we are ignorant in this part of the world about its cure and instead, such persons seek miracles.

He wrote; The causative agent of leprosy, M. leprae, was discovered by G. H. Armauer Hansen in Norway in 1873, making it the first bacterium to be identified as causing disease in humans. The first effective treatment (promin) became available in the 1940s. In the 1950s, dapsone was introduced.

“Only a dingbat still needs a miracle to cure leprosy. During the time of Christ, there was no known cure for leprosy and it didn’t exist for another 1,800 years.
However, there has been a cure in existence for the last 80 years and it is readily available.

“It’s a miracle that we are this ignorant in this part of the world.

“90% of global malaria cases occur in subsaharan Africa, while we are looking for miracles, a Chinese woman received half of a Nobel peace prize for malaria through her discovery of Artemisinin, a disease that affects us so much more than the Chinese, the greatest disease killing us is ignorance.

“Artemisinin and its semisynthetic derivatives are a group of drugs used against malaria due to Plasmodium falciparum.[1] It was discovered in 1972 by Tu Youyou, a Chinese scientist, who was awarded half of the 2015 Nobel Prize in Medicine for her discovery”.

His comments comes weeks after he reacted to the death of Brighton Elliot Moyo, the Zimbabwean man who South African Prophet, Alph Lukau, controversially ‘resurrected’ from the dead back in February.

The mulatto radio anchor took to Instagram to react to the development when he wrote; “Elliot finally dies…. God cannot be mocked, he claimed to be dead now he is really dead!-Sadly our faith has become a movie set, teeming with professional and amateur actors.”

The Cool FM radio personality spared no words for the actress who visited the church with her daughter in a viral video which recently surfaced online. 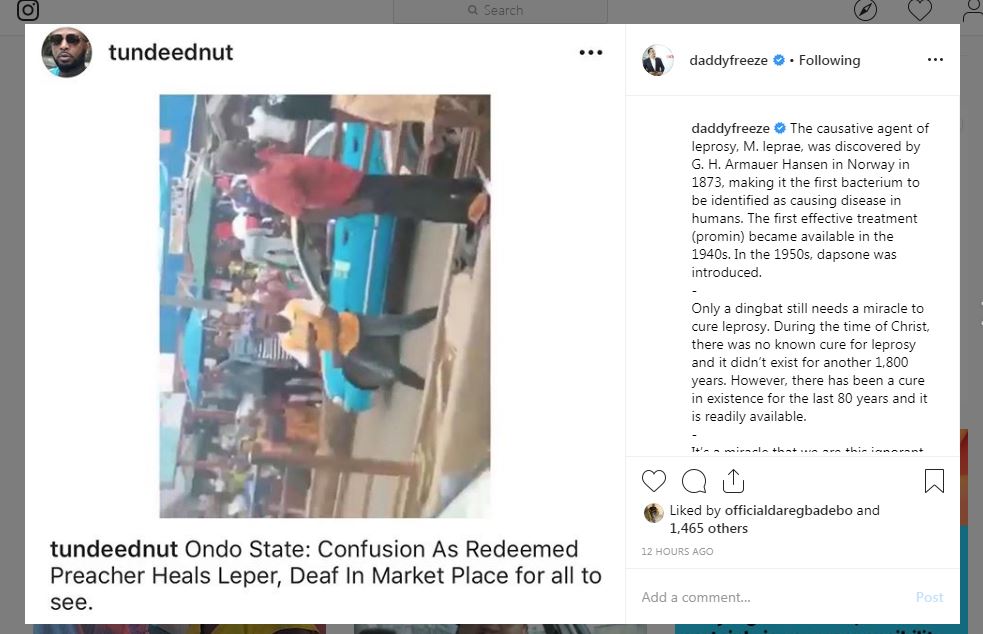