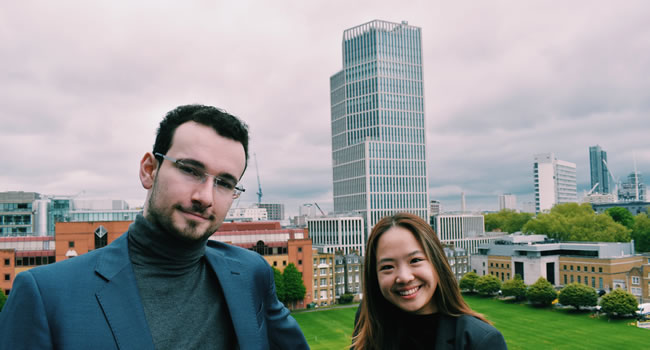 The programme, according to the institute, is dedicated to providing more access and opportunities to traditionally underrepresented individuals in the African VC space.

Cindy Ai, cofounder of Dream VC, while speaking to journalists, reiterates the importance of growing the number of young African investors.

On what role the fellowship aims to play, Cindy Ai noted that the goal was to empower the next generation of young African investors beyond words of the mouth.

“The median age of the African population is in its teens and there’s a massive youth unemployment issue. People are saying entrepreneurship can help solve that.

“But beyond that, what if we invest in the young people from the community who will later be writing those checks to entrepreneurial peers?

“Dream VC exists to change this and democratize access to this industry through the Dream VC Fellowship program, which is entirely free and fully remote.”

Tech Trivia: What tech term means a human with a male robot appearance.

Mdundo, African music streaming startup, has partnered Vodacom Tanzania to launch a music bundle as a premium service for the mobile operator’s subscribers.

Earlier launched in Kenya, Mdundo, since 2013, provides access to all the continent’s favourite music to over five million monthly active users in 15 countries in Sub-Saharan Africa.

Today, Mdundo has over 20 million monthly downloads and streams via its website and app.

In 2020, after an oversubscribed pre-sale period that raised DKK40 million (US$6.4 million), the company listed its shares on the Nasdaq First North Growth Market Denmark last year.

3. West Africa tech startups to take the stage at AfricArena 2021

This was part of information disclosed by the board ahead for the event on Thursday, June 3, 2021.

Speaking on the development, Papa Amadou Sarr, General Delegate of DER/fj, noted that the event was curated to bring together West African tech players.

He said: “The AfricArena Summit is the place to be for a deep dive into African technology. For this West African regional edition, Senegal has the honor of being the host country thanks to the support of the DER/fj to this internationally recognized initiative.

“A way to allow West African startups, VCs, ESOs, and other major actors of our technology and innovation scene to come together, share experiences and opportunities, co-create, stimulate our digital champions and strengthen our ecosystem global exposure.”

On what to expect, the board also noted that the two-day conference will provide 20 tech startups from the region the opportunity to pitch their business model and participate in keynotes and panel discussions from experts in the fields of business, tech, and investment in Africa.

The word “Android” means a human with a male robot appearance.

Google launches initiative for African SMEs. 2 other things and a trivia