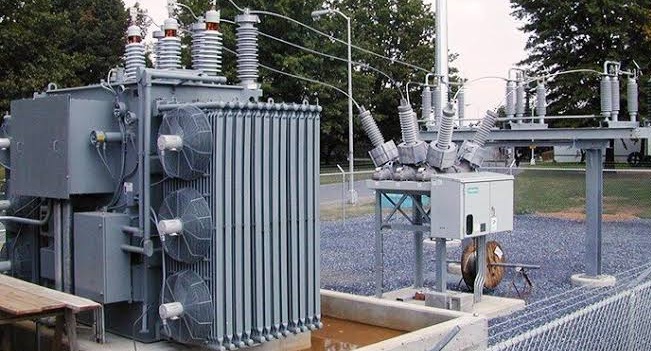 Workers in the nation’s power sector under the aegis of the National Union of Electricity Employees (NUEE) have suspended their strike action.

The development was made known by the Eko Electricity Distribution Company via it’s twitter handle, on Thursday morning.

The company, also via the social media channel, informed, that National Grid is being worked on following its collapse due to the NUEE strike.

It said, “Dear Customer, the National Grid is being energized following its total shutdown by the NUEE strike. Restoration happens in phases. We expect the entire grid to be fully up & running within 24hrs. We appeal for your continued support & understanding as we work to serve you better”.

According to the union, the strike action which lasted for about 24 hours was embarked upon, in efforts to draw the attention of the federal government to what they said was their plight.

The suspension, according to reports, was announced after a meeting with officials of the Federal Government where the union agreed that it would discontinue the one-day-old strike action.

The National President of NUEE, Comrade Joe Ajaero confirmed the outcome of the meeting to reporters, adding, that their grievances were conclusively addressed.

He said that all the concerns of the union and its members were addressed at the talks which lasted till the wee hours of Thursday.

He said, “ We have concluded deliberations and all issues were addressed, but we are awaiting implementation.
Meanwhile, our strike action is suspended,” Ajaero said.

Following the expiration of the 21 days ultimatum issued by NUEE to the Minister of Power, Saleh Mamman, to implement their demands, and the failure of the minister to dialogue with the union before the ultimatum which lapsed midnight Tuesday, a nationwide blackout was imminent as electricity workers began indefinite strike Wednesday morning.

The strike action led to the shutting down of most of the offices of Distribution Companies (Discos) across the country. 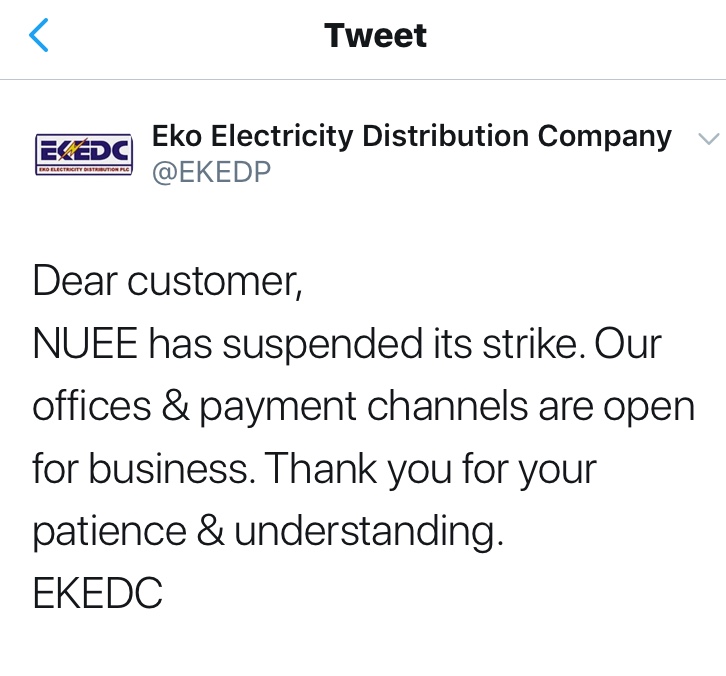