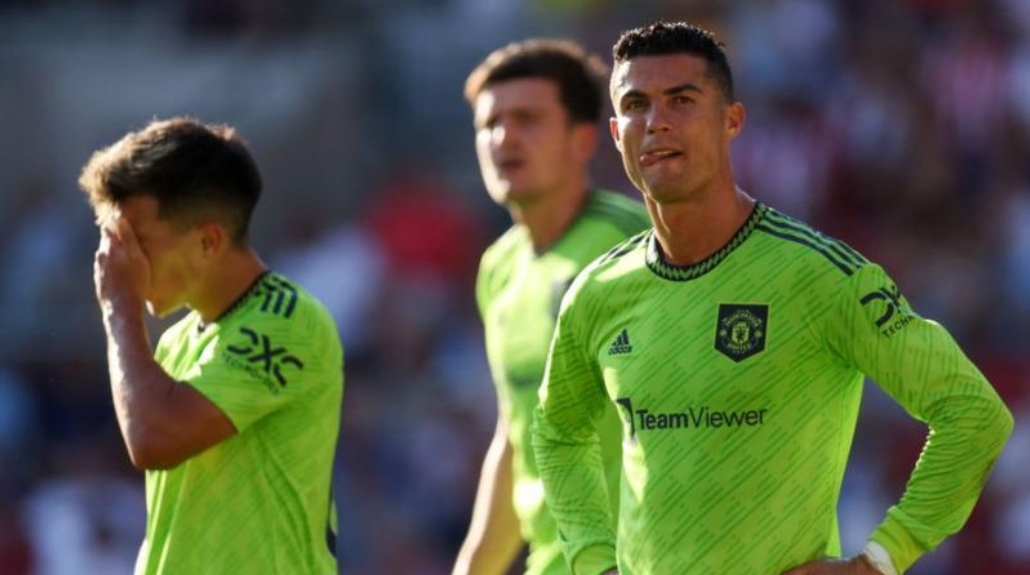 Manchester United continued their woeful display in their second game of the Premier League season as they fell 4-0 to Brentford.

The Red Devils had started their Premier League campaign on a disappointing note last week when they were beaten 2-1 by Brighton at Old Trafford.

They got battered this time by Brentford, with all four goals coming in the first half.

The Ten Hag men started trailing in the 10th minute through Josh Dasilva and Brentford doubled their lead eight minutes after.

Ben Mee made it 3-0 on the half hour mark before Bryan Mbeumo completed the rout on 35 minutes.

Earlier on Saturday, champions Manchester City cruised past Bournemouth, thanks to goals by ilkay Gündogan, Kevin de Bruyne Phil Foden and an own goal by Jefferson Lerma.

The Pep Guardiola side picked up a 4-0 win at the Etihad Stadium having started the season with a 2-0 win last week.

At the Emirates Stadium, Arsenal defeated Leicester City 4-2 to continue their winning run.

Super Eagles duo of Kelechi Iheanacho and Wilfred Ndidi were in action. Ndidi played all through while Iheanacho came on in the 70th minute as the Foxes looked for more goals.

In the other games in the Premier League, Newcastle United and Brighton played goalless, Wolves and Fulham also played goalless, Southampton were held to a 2-2 draw by Leeds United while Everton lost 2-1 to Aston Villa.

Related Topics:arsenalBrentfordManchester UnitedPremier League
Up Next