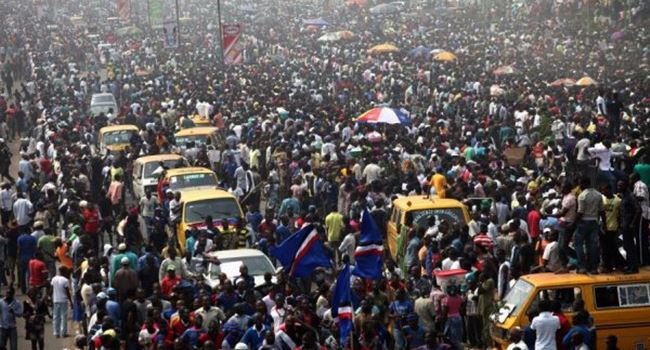 Claim:
Statistics shows there are more men than women on earth. A viral WhatsApp post, crediting the United Nations Demography Report claims that there are more women than men on earth, with a web link to a 2019 report of the Independent newspaper.

Conclusion:
False. The viral message is only a myth not supported by data. Statistics show there are more men than women on earth.

FULL TEXT:
A viral post credited to the United Nations Demography Report of 2019 was recently circulated on the instant messaging app, WhatsApp.

The report shows that there are 7.8 billion people on earth; out of this number, 5.6 billion are women, while 2.2 billion are men. Therefore, the post advised women to be “careful in showing attitudes to any man…”.

The post continued, that out of the 2.2 billion male population, one billion are married already; 130,000 are in prison; 70,000 are mentally ill. That means that the total number of men available for marriage or relationship is just one billion.

The author also claimed that out of this remaining one billion males, “50% are jobless; 3% are gay; 5% are catholic priests; 10% are your relatives and 35% are above 66 years old. So ladies, both the married and single, you have to rethink before treating any man like trash. For details visit UN Demography Report.”

The viral message was accompanied with a web link of www.independent.ng news report and can also be found on onmtkenyajournal.co.ke

Verification:
According to the first quarter Demography Report 2019 referred to by the writer, as of February 2019, the total population of the world exceeds 7.71 billion people.

According to the World Health Organisation Sex ratio, in the human species, the ratio between males and females at birth favours the male sex. The natural “sex ratio” at birth is often considered to be around 105. This means that at birth on average, there are 105 males for every 100 females.

Nature provides that the number of newborn males slightly outnumber newborn females because as they grow up, men are at a higher risk of dying than women, not only due to sex differentials in natural death rates, but also due to higher risk from external causes (accidents, injuries, violence, war causalities).

In trying to justify the claim, the post says that a huge number of men are married, in prison, mentally ill, jobless, gay, catholic priests etc.

But the same argument can equally be made for women. A large number of women are married, some are equally in prison, mentally ill and a growing number are lesbians.

FACT CHECK: Does ‘Ewedu’ (Jute) have the potential to cure cancer?