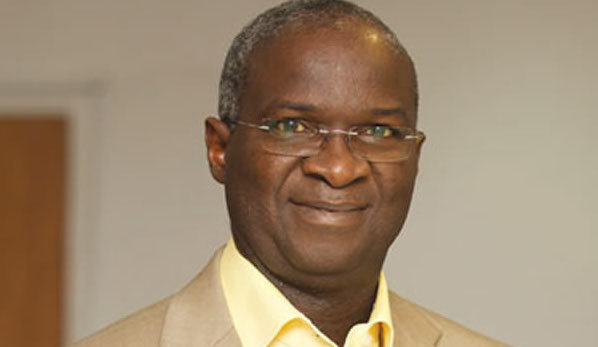 Claim:
“There is something out there before we came in that Nigeria has housing deficit; it’s a lie” —Babatunde Fashola, Minister of Works and Housing, April 2021.

Conclusion:
False. There is a high housing deficit in Nigeria and not a document from 2012 from the ministry of works and housing as claimed by the minister.

Background:
July 8, 2021 saw the honourable minister of works and housing claiming that there is no housing deficit in Nigeria as widely circulated by experts in the housing industry.

The minister who was speaking at the inauguration of the federal housing Authority said there is no scientific and logical basis to the housing deficit claim.

He said housing problem is an urban problem with people renting houses in the urban centres and having empty houses in the village.

In his words, “There is something out there before we came in that Nigeria has a housing deficit; it’s a lie. Unfortunately, it was a document that originated from this ministry in 2012. It has no scientific basis, nor logical basis; so ignore it.”

Verification:
In the Economic and Financial review publication of the Central Bank of Nigeria issued in December 2019, there are two articles with a focus on housing deficit in Nigeria.

The first one retrieved by Ripples Nigeria is titled; Addressing Housing Deficit in Nigeria: Issues, Challenges and Prospects authored by Emmanuel Abolo Moore

This piece also shows the trend of housing deficit in the country and its cause. It shows that as Nigeria’s population increases, the housing deficit also increases. The causes over the years have changed from Mortgage inefficiency, slum demolition, urban migration to over population, urban expansion and Increased poverty. This shows it is not a ministry document from 2012.

Moore said the indication of this high housing deficit is that tenants in rented apartments pay as high as 60 percent of their disposable income which is 20 percent higher than what the United Nations recommended.

He also highlighted 11 challenges facing the housing sectors in Nigeria to include;

FACT CHECK: Are there more women than men in the world?