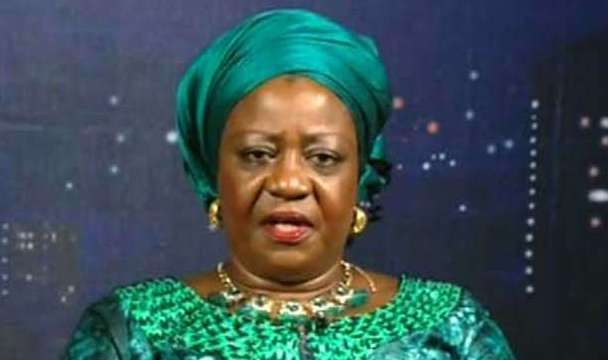 False. Evidence has proven otherwise that Lauretta Onochie still participated in partisan politics beyond 2019 as claimed and she is a known source for spreading false information.

Lauretta Onochie, President Muhammadu Buhari’s aide on social media was nominated for the position of national commissioner for the Independent National Electoral Commission (INEC) in October, 2020. She is expected to represent Delta State as well as the south-south zone.

However, her nomination has triggered many civil society groups to petition the Senate opposing her appointment with the claim she’s a card carrying member of the ruling All Progressives Congress (APc) as well as being an aide to the incumbent President of the country

In response to the petition, Ms Onochie, claimed not to be involved in partisan politics since President Buhari resumed the second term in 2019 while appearing before the Senate committee for screening for the position of national commissioner for the electoral body.

“Since Buhari was elected as president for the second term, I have removed myself from everything about politics. Since 2019, I don’t have anything to do with politics. As I am sitting down here, I am not a member of any political party in this country,” she told the panel.

Aside, Ms Onochie being an ardent supporter of Buhari, she is also a major fake news monger to portray the president in good light.

In 2019, the international centre for investigative reporting studied 1058 images tweeted by Lauretta out of which many were found to have been falsely attributed to Buhari as achievements.

Although she cried about the effect of fake news on Nigeria, she never stopped being a source. In February 2020, she still claimed Nigeria was no longer the poverty capital of the world, but this was fact checked to be false.

An old tweet dated June 24, 2020 was published by Ms Onochie promoting the ruling party and canvassing for the National Executive Council (NEC) meeting

As at the time of the time of this tweet, the National Working Committee led by comrade Adams Oshiomole was not having a good relationship with the National Executive Council which led to the eventual removal of the party’s national chairman on June 25, 2020. A day after the tweet.

Till today, Lauretta Onochie remains a social media aide to President Buhari and not to the office of the president, Federal Republic of Nigeria which still remained on her social media pages.

Also, on June 30, 2021, Onochie swore an affidavit at the High Court of the FCT in a case involving her as Plaintiff and one Emeka Ugwuonye (Defendant).

READ ALKO: ICYMI… [FACT CHECK] Is the Federal Government conducting an ongoing recruitment into its workforce for 2021/2022?

She in her witness statement swore an oath on paragraph three stating, “That I am also engaged in active politics and a member of Neighbourhood Watch and has also contested the local government elections under the Conservative Party in the United Kingdom.

“I am also a member of the All Progressives Congress and a volunteer at the Buhari Support Organisation.”

ICYMI… [FACT CHECK] Is the Federal Government conducting an ongoing recruitment into its workforce for 2021/2022?