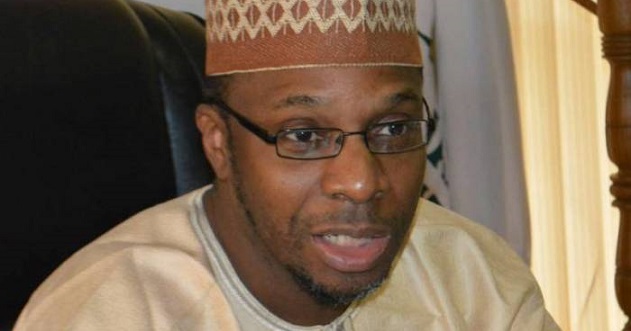 The Statistician-General of the National Bureau of Statistics (NBS), Yemi Kale, said the clashes between farmers and herdsmen slowed down the rate of growth in Nigeria’s economy in the second quarter of 2018.

He said the conflicts among other factors caused the Gross Domestic Product (GDP) growth rate of the nation to remain flat in Q2 2018, indicating the country was still struggling to recover from the 2016 economic recession.

Kale stated this while featuring on a television programme at the weekend in Lagos.

The GDP growth rate is the rate at which the value of all goods and services produced within a country’s border in a given period is rising.

Nigerian economy had officially slumped into recession in the second quarter of 2016 after recording negative GDP for two consecutive quarters, according to NBS.

The nation’s annual growth rate turned positive in Q2 2017 with GDP growth rate of 0.72 percent and sustained the positive trajectory for four quarters till Q1 2018 where it recorded 1.95 percent.

But despite the economy’s four consecutive GDP growth rates since Q2 2017 and hope of seemingly weak upturn in Q2 2018, “the economy is still struggling out of recession,” according to the NBS boss.

“For example, we have seen challenges in Agriculture because of the clashes that are happening in different parts of the country. Obviously, if people cannot go to the farms, it is going to be a problem.

“Agriculture is not just crop, when you destroyed a farmland or even cattle rearing is also part of Agriculture, so the back and forth thing is affecting both crop production and livestock and Agriculture is the biggest part of our GDP and that is slowing down the economy,” he noted.

Although, Kale did not disclose the GDP figure for the Q2 2018. He, however, said there might not be much difference in the second quarter from the 1.95 percent growth recorded in the first quarter of the year.

“I am not going to give the final figure because the work is not even completed but from the numbers I am seeing, it is looking quite flat.

“Surprisingly, but I expected the numbers should be much better it is looking very similar to the first quarter. I think the economy is still struggling out of recession and that is what the numbers are showing,” he said.

Kale remained confident Nigeria’s economy would still expand, noting that the 2.1 percent growth projection for 2018 by the International Monetary Fund (IMF) could still be achieved despite the draggy growth.

He, however, expressed concern over emerging political tension in the country ahead of the 2019 general elections, stressing that political activities would play a major role in determining the overall growth outcome for the year.

“For the entire year, it is still doable. The political season and most developing countries always affect the economy and it can be positive or negative.

“Positive in the sense that if the atmosphere is not too toxic, you have increasing activities, politicians and people are spending towards the election and this leaves more money in the hand of the consumers or voters they can spend on economy, publishing get money because of the political activities.

“At the same time, when it is toxic, your foreign investors get scared, I think is part of what is happening in Nigerian Stock Exchange. Investors get terrified and they start pulling out their money, the local investors adopt wait and see, meaning we are not going to put in any money, let’s wait and see what is happening. Nobody wants to pump in money because they are bit concerned,” he added.

According to the data release calendar of the NBS, the GDP figures for the second quarter of the year is scheduled for release on August 27, 2018.

CBN directs banks to give loans to agric, manufacturing firms at 9%