Home » Politics » Fayemi justifies need for Ruga across Nigeria, but dissociates NGF from it 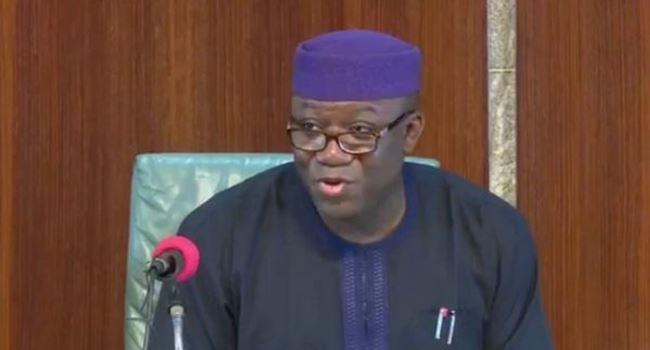 The Ekiti state governor, Kayode Fayemi has justified the proposed establishment of Ruga settlement across the nation.

According to him, “this is a proposal and a way of addressing the problem for those nomadic who need temporary shelter.”

Fayemi who spoke on channels Television on Sunday also said that accepting the proposal is voluntary, adding that Ruga is the brainchild of the the National Food Security Council.

He also distanced himself and the Nigerian Governors’ Forum from the idea.

He however, stated that he was surprised that Taraba State governor, Mr Darius Ishiaku, kicked against Ruga, adding that the governor is a member of the council that mooted the idea.

Fayemi also described Ruga as a response to the problem of settlement herdsmen face.

“Frankly, I will be surprised if you say the governor of Taraba State said that. Because the governor, my good brother, Governor Darius Ishiaku is on the National Food Security Council.

“If anyone is saying that he doesn’t want it, to the best of my knowledge, it is a voluntary arrangement.”

Also speaking on a statement by the Benue State government on the matter, Fayemi added: “I am not going to get into any discussion over whether it is the right thing to do or not. It didn’t come out of Nigeria Governors Forum.

“This is a proposal and a way of addressing the problem for those nomadic who need temporary shelter.”