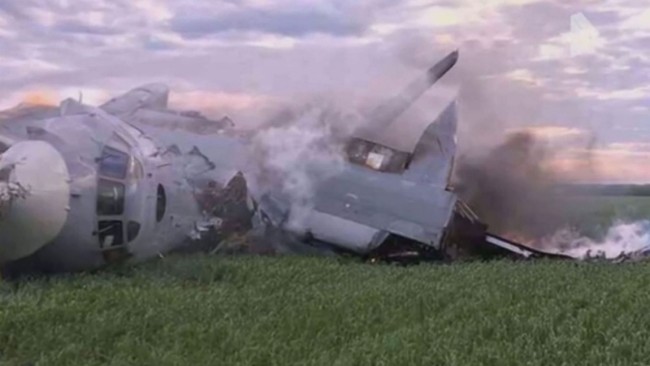 At least four people have been killed while five were injured after a Russian military aircraft crashed and caught fire in western Russia on Friday morning, according to local media reports.

The IL-76 military transport plane crashed near the city of Ryazan after attempting an emergency landing due to an engine malfunction while on a training flight, the Russian defense ministry said in a statement, adding the plane “partially collapsed” as it attempted to land.

The press service of the regional government had initially said the victims were in stable conditions, but the military in an update, confirmed the deaths.

The aircraft was said to be on a training flight without cargo when the crew decided to negotiate an emergency landing due to engine malfunction, and it was partially destroyed when it hit the ground, the defence ministry said.

“According to preliminary information, four people died as a result of a plane crash in the area of the Mikhailovsky highway in the city of Ryazan,” the Russian state run news agency, TASS, reported.

There were conflicting reports about whether there were nine or 10 people on board the military plane but according to media reports, the IL-76 was flying from Orenburg to Belgorod.

Local media outlet RZN reported that the plane crash occurred at around 4 a.m. local time, and that the aircraft crashed some 500 yards from residential buildings on the Mikhailovsky highway, tearing down power lines.