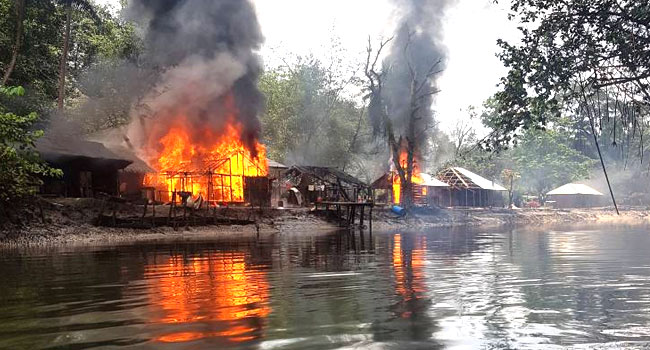 Seven other persons were also seriously injured in the incident.

An eyewitness, who simply identified himself as Onyema Okoro, told journalists in Port Harcourt that residents of the area woke up to see the huge flame on the river Wednesday morning.

However, the spokesman of the state police command, Nnamdi Omoni, said the incident has not been reported to the command.

Ogun polytechnic shut down over insecurity