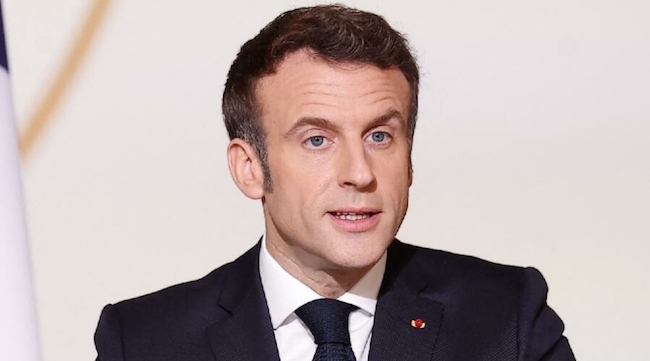 French President Emmanuel Macron was re-elected for a second term in office on Sunday after defeating his far-right rival, Marine Le Pen, by a comfortable margin.

Cheers of joy erupted as the results appeared on a giant screen at the Champ de Mars Park at the foot of the Eiffel tower, where Macron supporters waved French and European Union flags.

People hugged each other and chanted “Macron.”

The first pollsters’ projections showed Macron securing around 57 to 58 percent of the vote.

Such estimates are normally accurate but may be fine-tuned as official results come in from around the country throughout the evening.

However, gloom pervaded the opposing camp as dejected Le Pen supporters erupted in boos and whistles at a sprawling reception hall on the outskirts of Paris.

The candidate had admitted defeat but vowed to keep up the fight, with the June parliamentary elections in mind.

“I will never abandon the French,” she said to supporters chanting “Marine! Marine!”