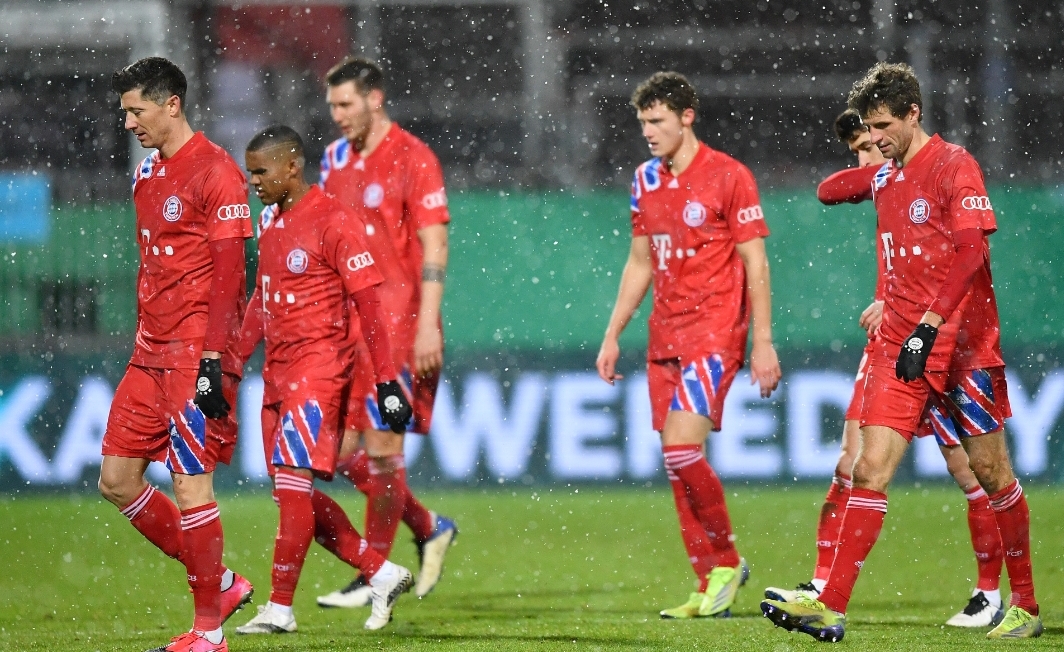 Defending champions, Bayern Munich were stunned in the second round of the German Cup by a second-tier club, Holstein Kiel.

The stunning defeat meant that the Bundesliga giants were knocked out of the Cup by lower-league opposition for the first time since 2004.

Bayern were heading to a 2-1 win until Hauke Wahl scored for the hosts via his shoulder in the 95th minute, forcing the game into extra time and to penalties eventually.

It was Serge Gnabry who opened the scoring for Bayern but Fin Bartels’ drilled shot had levelled for Kiel before Leroy Sane’s brilliant free-kick saw the visitors coasting.

In the shootout, the first 10 penalties were scored, but Kiel goalkeeper Ioannis Gelios denied Marc Rota, and veteran Bartels scored the winning kick.

Kiel knocked the champions out, and advanced to the last-16 of the competition. Bayern’s hopes of retaining the treble again this season have been dashed.