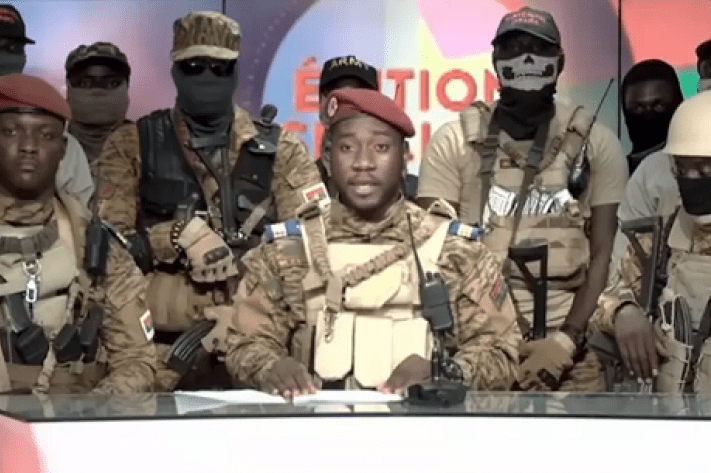 Gunfire rocked Ouagadougou, the capital of Burkina Faso, on Saturday.

This occurred just 24 hours after the military ousted President Paul-Henri Damiba in the country’s second coup in eight months.

Gunshots rang out while armed helicopters circled the presidential palace and a convoy of special forces swept through central Ouagadougou after Capt. Ibrahim Traore announced on state television on Friday evening that he had seized power from Damiba.

Traore later accused the ousted leader of staging a counter-offensive after his removal from office.

“They led a counter-offensive this morning. Some of the special forces were sent and also the air base has been manipulated,” he told radio station Omega on Saturday.

The whereabouts of the president remain unknown.

The landlocked West African nation has become the epicentre of violence carried out by groups linked to al Qaeda and Islamic State.

The violence that began in neighbouring Mali in 2012 has spread to other countries south of the Sahara Desert.

The US State Department and the United Nations Secretary-General, Antonio Guterres, had denounced the overthrow of the government.