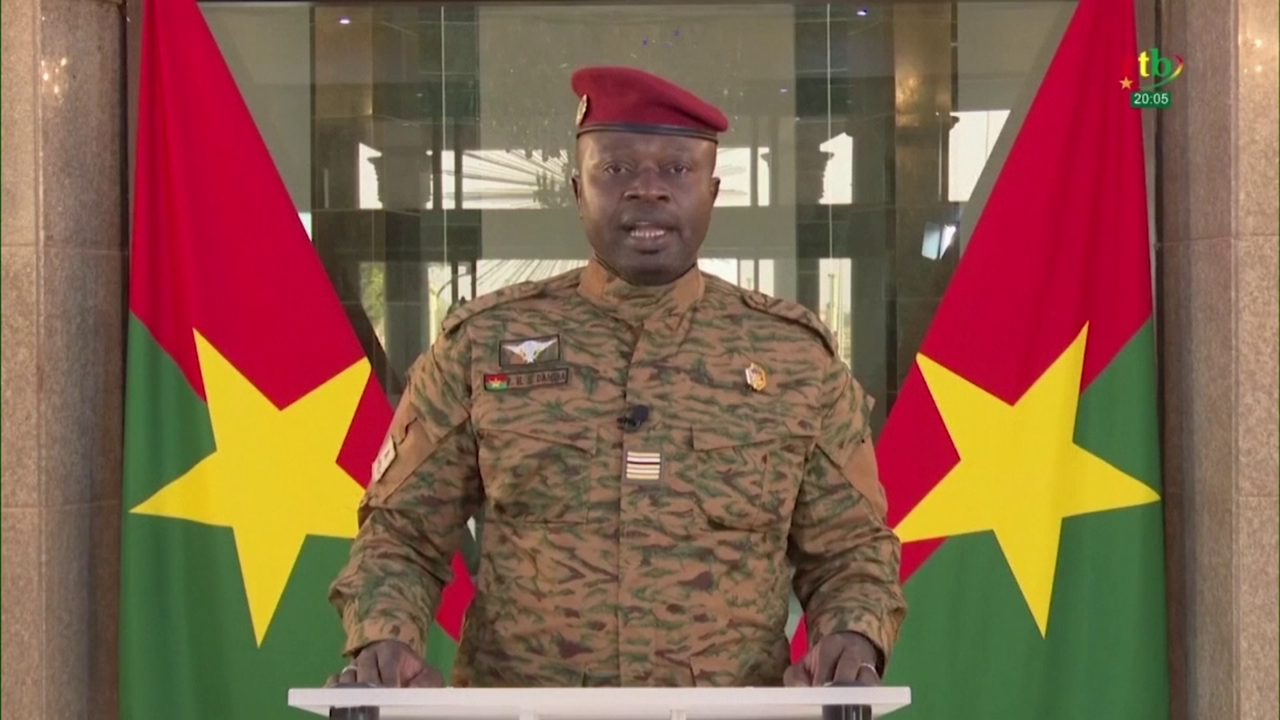 The removal of Damiba, who took over power in a military coup in January, was announced in a statement read out on national television by soldiers in military fatigues on Friday night.

Capt. Ibrahim Traore has been appointed as the new head of the military government.

The military officers announced the closure of borders from midnight as well as the suspension of the constitution and the dissolution of the government.

They also imposed a 9:00 p.m. to 5:00 a.m. in the capital, Ouagadougou and other major cities across the country.

“We have decided to take our responsibilities, driven by a single ideal – the restoration of security and integrity of our territory,” the soldiers said.

Heavy gunfire was heard near the military camp and residential areas in the capital earlier on Friday.

The gunfire was also reportedly heard near the presidential palace where soldiers took up positions.

Soldiers and military vehicles took to the deserted streets of Ouagadougou after dawn on Friday, cutting off access to administrative buildings.

Security sources later told journalists there had been frustration within the military at a lack of progress in combating Islamist militants in the landlocked West African nation.