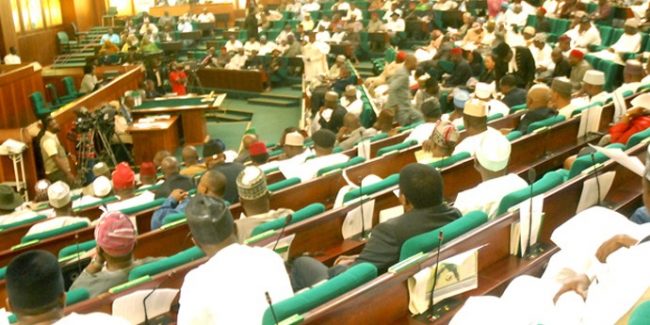 The House of Representatives’ Committee on Telecommunications has kicked against the takeover of 9Mobile, formerly known as Etisalat by purported new owners, Teleology.

The House, through its committee on telecommunications, also asked the Nigerian Communications Commission (NCC) to stop the new company from taking over the telecoms service provider.

The committee made the request while grilling the Executive Vice-Chairman and Chief Executive Officer of the NCC, Prof. Umar Danbatta, over the sale of 9mobile to Teleology without the knowledge of the lawmakers.

The NCC however denied being part of the sale of 9mobile to Teleology, saying that the transaction was between the consortium of banks (creditors) who took over the company from Etisalat and the new operator, adding that it had yet to issue an operational licence to Teleology.

Chairman of the Committee, Mr Saheed Akinade-Fijabi, in his opening remarks, said: “The last time we met, our decision was for everybody to go back and that anything that was happening on the sale, take-over or transfer of licence, the committee should know about it. Unfortunately, the committee read on the pages of newspapers that Teleology had taken over 9mobile.

“We as a committee do not know anybody called Teleology because they have never appeared before this committee. I believe that NCC should know whoever Teleology is and be able to help us to call them. Unfortunately, they are not here again today.”

In his response, Danbatta said NCC had yet to issue a new operational licence to Teleology apart from the one issued to the former owners.

He said: “Let me say again that no license has been transferred. I don’t know if this was reported in the news you read. The licence in the possession of EMTS which traded in the past as Etisalat and later with the approval of the NCC, as 9mobile, is still with EMTS.

“I want to assure this House that the operational licence of EMTS as well as the spectrum, these two licences are still with EMTS. No requests have been made by any new owners.”

“It is a marketing gimmick, Mr Chairman,” Danbatta added.

Akinade-Fijabi, while responding after Dambatta’s clarifications, said: “With what NCC is saying now, they should stop parading themselves as someone who has taken over 9mobile.”