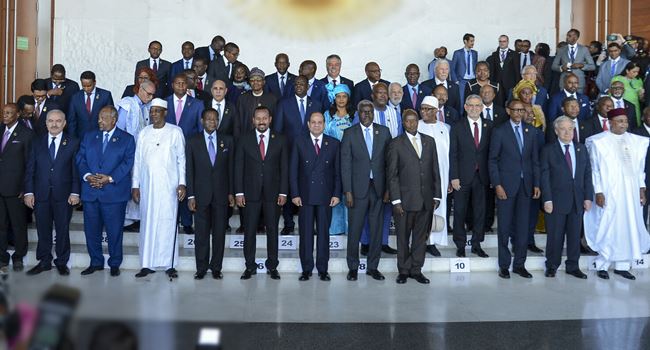 In this interview, we delve into the issues thrown up by the report, while also looking at the broader objectives of Abundant Africa and the role of its partners.

The interview is with Ulan Garba Matta who was team lead of one of the partner organisations of Abundant Africa— Jos Green Centre— a youth-driven initiative on eco-entrepreneurship, social innovations and eco-enterprise based in Jos, North-central Nigeria.

What is Abundant Africa?

I am the former team lead of one of the partner organisations of Abundant Africa. This is the Jos Green Centre, a youth driven initiative on Eco-entrepreneurship, social innovations and eco-enterprise from Jos, Nigeria. And as an organisation we have contributed towards the discourse on restorative economy towards on the African century, as well as this open letter https://abundant.africa/youthletter/  to the African Union. Together with other young africans we wrote a letter to the AU titled ‘Silence the Guns-Not The Youth’, This was to acknowledge the theme for the meeting of the AU’s heads of state and governments in December 2020 which was ‘Silence The Guns’, but with our own youth perspective on what needs to be reflected in the conversation. And for us we wanted; a) African youth to be enabled to participate in public life especially in: governance, policy making, and economic development. b) A safeguarding of future generations through an ecosystem of locally controlled ‘future funds. c) A redo of our educational systems through a transition to methods that enhance critical thinking, learning and problem solving and d) To end the unfair and unjust profiling and targeting of young people in National security operations.

Tell us about the work of your organisation in Nigeria

Jos Green centre acknowledges that young people in Nigeria are living in a broken society on multiple layers. From relationally to environmentally to economically and institutionally; and our goal is to bring wholeness to all these broken aspects of society. This is because we are determined to ensure that young people flourish in the places they come from, for their sake as well as for the immediate impact on their community and society. Nigeria is increasingly becoming a young country, it is predicted by 2030, Nigeria will be a country with predominantly young people. For this reason it is imperative that young people are equipped with the tools to make the country even better than they found it. At Jos Green Centre we begin to equip youths by first taking them through a values reorientation workshop, so they can unlearn within themselves the values that keep them broken. And by extension enable them to spill that brokenness into their communities.

There is also a huge youth unemployment problem in Nigeria and no less than 38.5% of the youth population are unemployed. Therefore after values reorientation, the next thing we do is teach the young people a skill or invite them based on their skill set to innovate a solution to an already existing problem in their community, where we can then proceed to find ways to set up a social enterprise around the solution. This provides immediate employment for the youth while providing solutions and enhancing their community.

As a result of this in 2020, we were given the Green Heros Award from Overseas Inspiration by the Climate Coalition in the United kingdom.

This is a very robust report that is both an exposition and an education of the current Africa crises. It is also a head and heart call and cry for what can be done to change it.

The Abundant Africa report is hyper conscious of time and believes we are in a Kairos moment to recognize and implement an African economy, a restorative economy with the solid foundation of Godly principles as the economy around Africa grows. If not, no matter the economic “boom” happening around Africa, it would not be sustainable if it is allowed to tend towards being capitalistic and consumeristic.

The report’s call has a sense of urgency because we believe we only have a decade to turn things around. And this decade we are in is pivotal to transforming Africa into a continent that is blessed with people, resources and a healthy economy. Africa can become the first region of the world to build an environmentally sustainable economy whilst pulling its citizens out of poverty.

To quote the report – “If nothing changes or Africa’s economic and environmental difficulties get worse, Africa could become a dystopian nightmare with billions of people living in the largest slums ever imagined, without dignified work, all struggling to feed themselves as the land and ecosystem they rely on collapses.”

I am not sure this is a prospect anyone will embrace or wish upon their children.

I can speak for Jos Green Centre and say one of our propelling need to be part of the Abundant Africa project and report, is an acknowledgement of the fact that it is our generation currently bringing forth the next generation. We are the ones within the age range of bearing children. Therefore, we are not only working towards solving this problem in our time but also for those after us who frankly didn’t ask to be born to bear a burden of a world they didn’t create. Well neither did we, but we are here now, fully aware of the problem and we are doing something about it.

There is a wide range of contributors to the report. It has contributions from about 15 organisations and over 80 individuals from across Africa and internationally. These are experts in the field of theology, environmental and economic sustainability, church and community transformation, human development, peacebuilding and crisis response and transformation to name a few. And their contributions were based on their research, work and years of experience in the field working on issues that affect Africa and the world at large.

Yes it does. Or let me put it this way, one of the advantages of the Abundant Africa platform is such that if the report gets into the hands of an individual that feels an aspect wasn’t covered then they can easily reach out and provide more to the discourse.

However, the diverse voices and countries and expertise from which the contributors are and bring, provides a wide scope for these nuances.

I have already mentioned what prompted the report, and within this need is the goal towards an Abundant Africa.

However, in practical terms, in the report there is the section of ‘7 Seven shifts for an Abundant Africa’. This section provides a robust exposition on how we can use the next decade to turn things around. I will name 3 of them. We have shifts from 1.  Valuing growth to valuing well-being. 2. From dependence to innovation 3. From Extraction to Caring for Creation

Everyone who has read the report at this point would understand that these shifts are necessary not only on an individual level but also for Government, the AU, Churches and non-governmental organisations etc to adapt these shifts so the whole system and our entire continent can move towards an Abundant Africa.

This is why it is imperative that this report gets into as many hands as possible.

. What do you see as the fate of the youth in Africa in terms of social-political and economic participation?

The current system isn’t as open to the participation of the African youth as we would hope it to be. And for the instances that African youths participate in social-political and economic activities, it is not as far reaching into the population and it is in a way apart from the system.

I will use the Nigerian Music scene, Nollywood and say Netflix as an example. Nigerian Youth created these industries and in an autonomous way set them to flourish. But because it is not in a participatory way, the moment the flourishing becomes obvious and abundant, the governmental regulatory bodies come up to collect and benefit from a system they not only didn’t not create but also do not understand. And the government bodies want to take from the system in ways that would cripple these industries because again, they have no proper awareness of how they function and what it would take to sustain them.

But this is why a report of this nature is important to be able to change it.  Abundant Africa’s report heightens the awareness of how economies can not only be sustained but allowed to flourish. I would recommend that everyone reads it.

Will the next century be the century of the African youth?

Yes. if everyone reads the report <laughs>. But on a more serious note, this is what we can all accomplish collectively if we begin in this important decade with the seven shifts recommended in the report. But we must begin, on a personal level, on a governmental level, everyone must join their hands because whether we like it or not, Africa is going to be a very young continent in the next century. I believe it would be better for the youth to be in an environment well equipped for sustainability and flourishing.