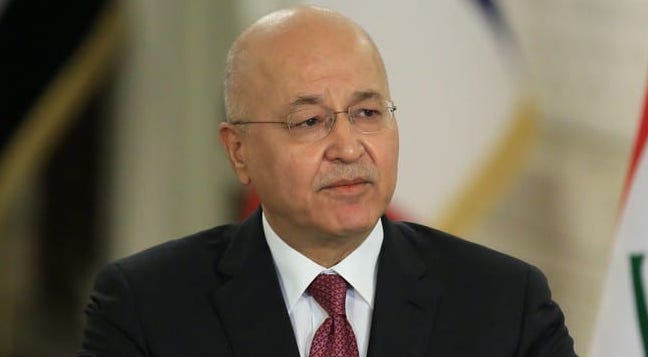 The Iraqi President, Barham Salih, said on Sunday an estimated $150 billion proceeds of oil sales had been stolen from the country since the United States-led invasion of 2003.

The US invasion of the oil-rich country led to the arrest of the country’s former dictator, Saddam Hussein, who was convicted by the Iraqi government for crimes against humanity and executed on December 30, 2006.

READ ALSO: Iraq confirms Iran notified it of attack on US military bases

“The bill seeks to strengthen the Iraqi people’s power to recover money stolen in corrupt transactions, hold corrupt people accountable, and bring them to justice.”

The President urged the lawmakers to discuss and approve the proposed bill to help curb corruption in the Middle East nation.

“Here we repeat the Iraqi call we made earlier at the United Nations General Assembly, calling for the formation of a UN Court to combat corruption in line with UN policy towards ISIS,” Sari added,

21 ultra-marathon runners killed in China due to extreme weather