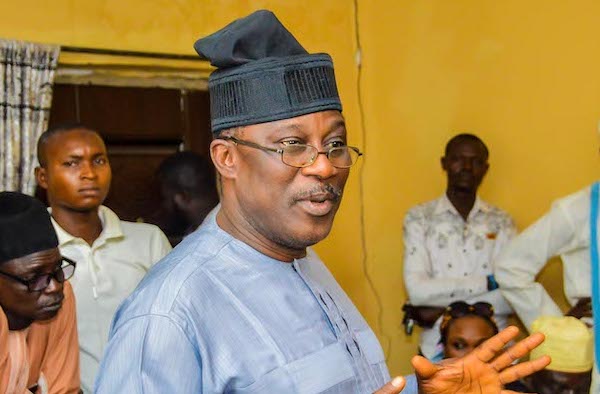 A chieftain of the All Progressive Congress in Kogi state, Senator Smart Adeyemi, on Thursday vowed to work against the party if the incumbent governor of the state, Yahaya Bello is denied the governorship ticket in the coming election.

Adeyemi made the threat at a stakeholders meeting that was held in Lokoja by the party’s leaders in Kogi state.

Recall that Independent National Electoral Commission (INEC) had fixed November 16th 2019 for the governorship election in Kogi and Bayelsa States.

According to Adeyemi, the political destiny of the western senatorial district lies in the return of the governor, adding that for fairness, justice and equity, Gov Bello must be given the ticket.

“Other senatorial districts have ruled Kogi State for two terms. Now a brother from Kogi central, who has done very well in his first tenure; should also be given another opportunity.

“If Gov. Bello is given the opportunity to lead us for another four years, I am convinced that we in the West will rule Kogi State.

“I am using this medium to beg our party leaders not to make the mistake of allowing one to change a winning team in Kogi State. Those who say APC cannot win Kogi under Bello are not God, because he is covenant child. If Governor Bello is denied the APC ticket, some of us might be forced to work against the party,” he said.

In his speech at the meeting, the Senator representing Kogi East Senator, Isah Jibrin Echocho, traced the current problem of the state to abuse of trust.

Jibrin, while lamenting that, those the governor empowered were the one fighting against him, insisted that the APC should adopt the indirect primary if they want to retain Kogi State.

It was, however, gathered that Governors Malla Buni of Yobe and Atiku Bagudu of Kebbi States were in attendance.