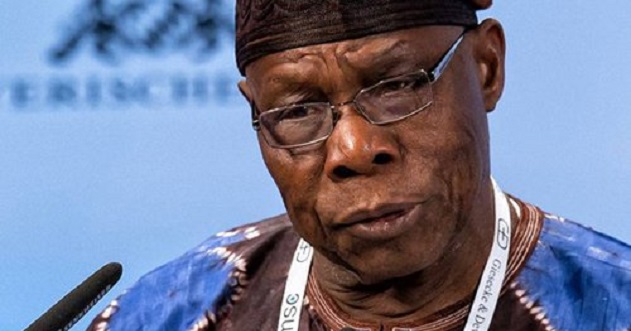 Former President Olusegun Obasanjo has said that Nigeria’s diversity is being so badly managed to a level that the country is losing its identity.

According to him, diversity when mismanaged with impunity is annoying and can lead to unpleasant situations.

While he noted that Nigeria will not make progress as long as its diversity is mismanaged, he said the reason many Nigerians want to move out of the country was because they could not get what they wanted.

Delivering a paper entitled ‘Towards a re-unification of the sacred and secular: Religious interventions in politics’, Obasanjo posited that religion and politics are interwoven and could not be separated.

“As far as religion is concerned, there are two issues — diversity and identity. We are so badly handling our diversity that we are losing our identity. As long as we are doing that, we are going nowhere.

“The management of diversity must be right, religion, politics and ethnicity are part of our diversity which must be well managed. When you mismanage diversity with impunity, it is particularly annoying. It can lead to what we may not want it to lead to.

“I don’t know of any Nigerian who doesn’t wish Nigeria well, but, I know many Nigerians who are unhappy and want to leave Nigeria. Our issue is so because what they expect from Nigeria they are not getting,” he said.

Apparently grateful that there is still a country named Nigeria despite all it has gone through, Obasanjo said, “God is a Nigerian because what we have gone through in Nigeria and what we are going through, probably, Nigeria should not be on the map of the world. That’s why I say God is a Nigerian.”

In his keynote address at the event, Bishop of the Catholic Diocese of Sokoto, Bishop Matthew Kukah said, “We (Nigerians) are carrying Western identity, whether it is Christianity or Islam. This identity has continued to play out in our daily lives.

READ ALSO: Your people are behind kidnapping in S/West, Sultan of Sokoto tells Yorubas

Adding to what the earlier speakers had said on the issue of religion in Nigeria, Vice President Yemi Osinbajo, who was represented by the Registrar, Joint Admissions and Matriculation Board (JAMB), Professor Is-haq Oloyede, said religion in Nigeria had not been properly understood.

“The interface between religion and the state was limited to issues of secularism, secularisation and separation of powers between state and religion.

“Contemporary scholarships have however noted that religion covertly or otherwise places more role in human and societal lives than previously acknowledged. Religion is a veritable tool for a national and global development. On the other hand, religion has often been used or implicated as a divisive factor often employed as an instrument to spread hate and unleash violence over one another.”

Nevertheless, Osinbajo assured that the Muhammadu Buhari-led Government of Nigeria would sustain efforts to make good use of the mandate of the citizens to promote the best interest of all Nigerians and humanity in general.