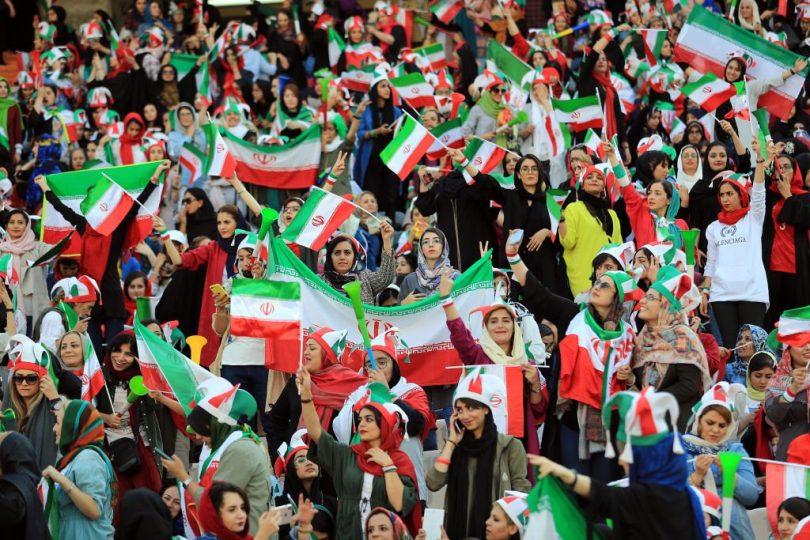 For the first time in a long time, women in Iran have been allowed to attend a live football match as the ban is lifted.

Women have effectively been banned from stadiums when men are playing since just after the 1979 Islamic revolution.

But Iranian women attended a World Cup qualifier in Tehran on Thursday, in which Iran thrashed Cambodia 14-0 in front of about 4,000 female spectators.

The change followed the death of a fan who had set herself alight after being arrested for trying to attend a match.

At the game against Cambodia, the women were granted access to a special women’s-only section of the Azadi Stadium.

Only four sections of the 78,000-capacity stadium were allocated to female supporters, and were kept separate from men and under the protection of female police officers.