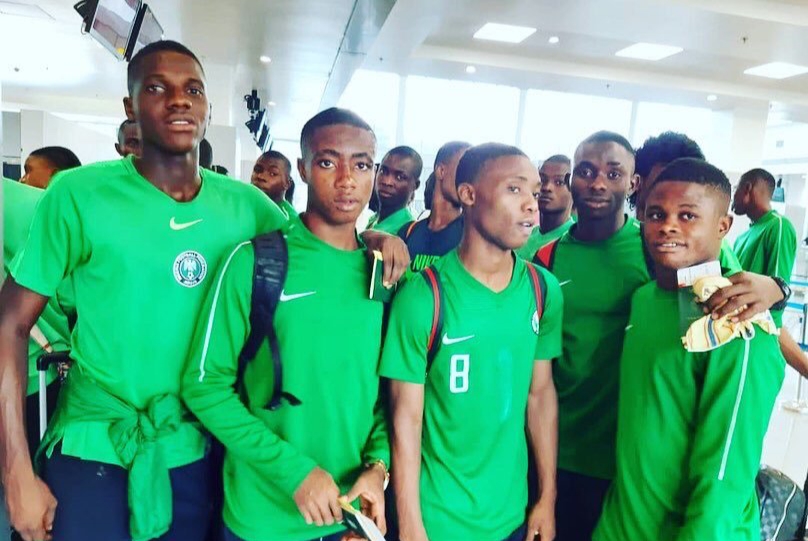 Five–time world champions, the Golden Eaglets of Nigeria have arrived in Brazil for this year’s FIFA World Cup finals which is scheduled for 26th October till 17th November.

A team of 25 players and nine officials left the country through the Nnamdi Azikiwe International Airport, Abuja on Wednesday evening for Dubai, where they connected another flight to Sao Paulo, Brazil.

Four players would be cut from the roster after the preparatory period before a final list of 21 players that will make the World Cup squad will be unveiled ahead of the opening encounter.

Head Coach Manu Garba, who led the 2013 winners, is optimistic that the team is in Brazil to reclaim the trophy.

The early departure will afford the Golden Eaglets a full two-week final preparatory period, before their opening group B match of the tournament against Hungary in Goiania on 26th October.

Nigeria’s second group match will be against Ecuador at the same venue on 29th October and conclude group action with Australia in the capital, Brasilia on 1st November.

25 EAGLETS IN BRAZIL FOR FIFA U17 WORLD CUP