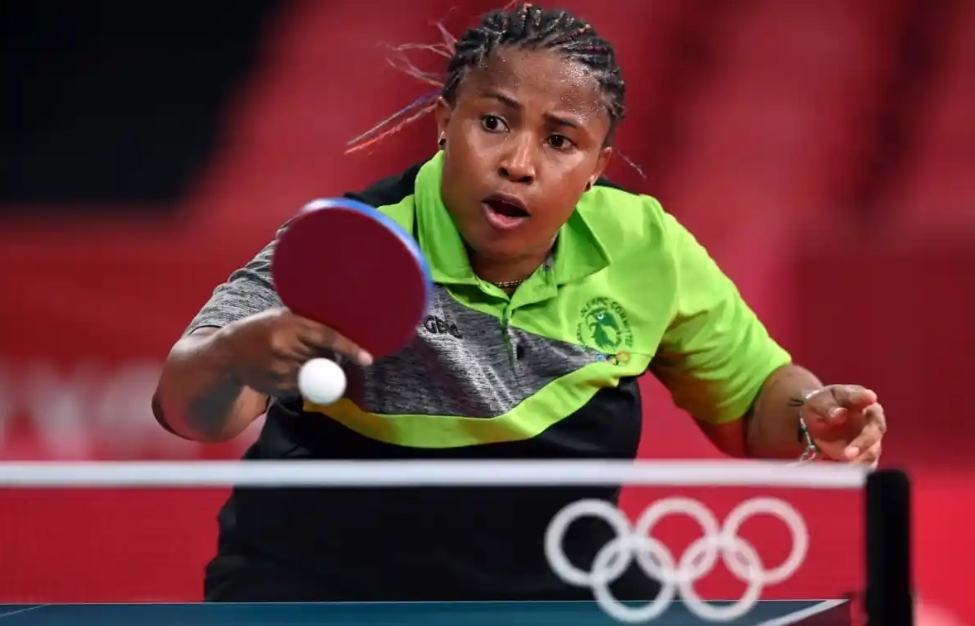 The rankings released on Wednesday saw both players shine following their respective performances in the singles events of the rescheduled Tokyo 2020 Olympic Games.

The Nigerian and the Egyptian have been listed among the biggest movers in the latest listing, as Edem moved from 123rd to 116th in the world while Assar went from 43 to 36.

Edem gained seven steps up the ladder to solidify her place as third best African player in the world behind Egypt’s duo of Dina Meshref and Yousra Helmy who were ranked 37 and 101 respectively in the latest world rating.

Edem who competed in her third Olympic Games started her campaign from the first round of the women’s singles where she defeated highly-rated Hungarian Dora Madarasz 4-2 before being edged out by American Lily Zhang 4-1 in the second round.

At Tokyo, she remains the only Nigerian to record a win while the likes of Quadri Aruna, Olajide Omotayo and Olufunke Oshonaike failed to win their matches to advance to the next round of the singles event in Tokyo.

Like Edem, Egypt’s Assar who is the second African to reach the quarter final stage at the Olympic Games gained seven steps up to climb to 36 from 43 in the world rating.

Assar who started his campaign from the second round defeated some highly-rated players like Sweden’s Mattias Falck while he was shown the exit by the eventual winner Ma Long of China in one of the entertaining quarterfinal ties which ended 4-1 in favour of the Asian star.

Despite being the first female African player to make it to the third round of the women’s singles at the Olympic Games, Meshref dropped to 37 from 36 in the ranking.

For participating in her seventh Olympic Games as the first female table tennis star in the world, Oshonaike gained one step up in the rating to be ranked 174 in the world.

Senegal’s Ibrahima Diaw gained two steps up to be rated 69 while Omotayo slid to 95 from 94.

The Japanese pair, who created history by winning the Mixed Doubles gold medal at the Tokyo 2020 Olympic Games, previously occupied the second spot behind the Chinese Taipei duo.

In the Men’s Singles ranking, Germany’s Dimitrij Ovtcharov moved up to seventh place following his epic battle with Lin, where he emerged victorious in a seven-game thriller to win his second Olympics Singles bronze medal.

China’s Ma Long meanwhile switched places with compatriot Xu Xin and occupies his second spot now after his heroics in Tokyo, where he was crowned Olympic Men’s Singles champion for the second time.

How the Nigerian Gaming Industry Changed