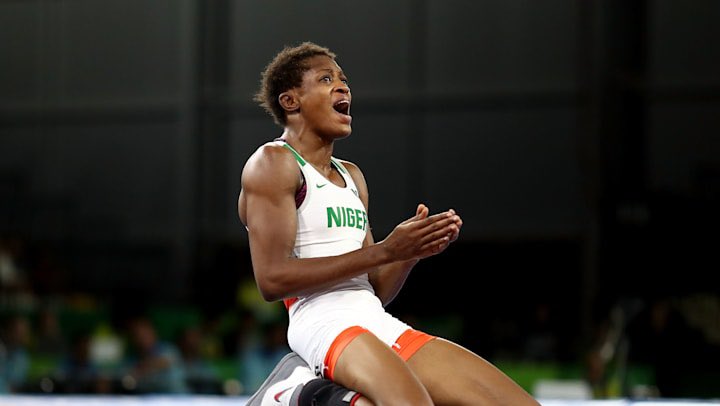 Second seed Adekuoroye, who is one of the very best in the sport world over, faced a major upset on Wednesday morning.

The 27-year-old Akure-born athlete was stunned by Moldova’s Anastasia Nichita in the opening round of the event, losing 8-2 by fall despite leading 8-0 before the final minutes of the clash.

Adekuoroye, a 2014 Commonwealth Games gold winner and 2015 World Wrestling Championships bronze winner, was the favourite to win but faced such a massive upset.

The defeat led to her elimination after Nichita also lost in the next round, failing to reach the final for Adekuoroye to get another chance in the Repechage rounds.

Her compatriot who competed in the 68kg freestyle category, Blessing Oborodudu won the silver medal on Tuesday after losing in the final to USA’s Tamyra Stock-Mensah.

Elsewhere, Nigeria’s first-ever female canoeist to the Olympics, Ayomide Bello could not go beyond the quarterfinals in the women’s singles 200m event.

Bello had finished 47.539 seconds in third place in the Heat 3 of the Women’s Canoe Singles, slightly missing out of an automatic semi finals spot.

She then battled for one of the two available slots in the Quarterfinals 3 to be able to progress.

But despite finishing with a faster time of 47.326 seconds, she placed third and consequently missed out on a place in the semi finals.

Nigeria’s only other medal so far at the ongoing Games in the Japanese capital is a bronze by Ese Brume, who finished on third spot in the women’s Long Jump.

All eyes are now on Shot Put athlete, Chukwuebuka Enekwechi, who will be playing in the final of his event on Thursday.