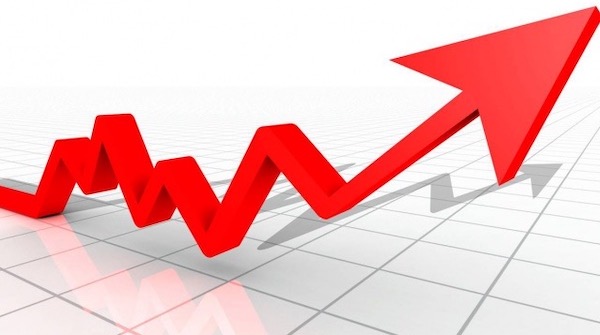 The National Bureau of Statistics (NBS) said on Monday the Nigerian economy recorded a 2.27 percent growth last year compared to 2018 when it posted 1.91 percent growth.

In its Nigerian Gross Domestic Product (GDP) Report Q4 and Full Year 2019 report, the Bureau said the nation’s economy recorded an expansion rate of 2.55 percent in the fourth quarter of 2019, when compared with the 2.38 percent recorded in the corresponding period of 2018.

The 2.55 percent growth recorded during the period and enlarged by 0.27 percent quarter on quarter made it the country’s highest quarterly growth in post-recession times.

On sectoral basis, the oil sector witnessed a 4.59 percent expansion in the year, higher than the 0.97 percent posted in 2018.

The oil sector accounted for 8.78 percent of the entire Nigeria’s real GDP in 2019.

On industry basis, the mining and quarrying industry, which was dominated by crude oil and natural gas, accounted for 8.85 percent of the total GDP in 2019, lower than the 10.68 percent posted in 2018.

The manufacturing industry was responsible for 9.06 percent of real GDP last year compared to the 9.20 percent recorded the previous year.

However, it recorded a negative annual growth which stood at -4.86 percent in 2019.

The construction industry accounted for 3.72 percent of real GDP in the year under review.

The Accommodation and Food Services Industry contributed 0.89 percent to real GDP in 2019.

Its full-year growth was 2.85 percent.

The Information and Communication Industry accounted for 13.04% to real GDP higher than the 12.22 percent posted in 208.

Its annual growth rate was 9.17 percent.

The Arts, Entertainment and Recreation Industry accounted for 0.23 percent of real GDP in 2019 higher than the 0.22 percent posted in 2018.

The Finance and Insurance Industry was responsible for 3.01 percent of real GDP in 2019 compared to the 3 percent posted in 2018.

Its annual growth rate was 2.56 percent.

The Administrative and Support Services Industry constituted 0.02 percent of real GDP in 2019.

The Professional, Scientific and Technical Services Industry contributed 3.57 percent to real GDP in 2019, lower than the 3.71 percent it posted in 2018.

READ ALSO: Nigeria will have no foreign reserves in next 4 yrs at current depletion rate –CBN Data

Its annual expansion rate was 0.80 percent, higher than the negative growth of 0.03 percent in 2018.

The Public Administration Industry contributed 2.06 percent to real GDP in 2019.

The Human Health and Social Services Industry accounted for 0.66 percent of real GDP in 2019.

The Other Services Industry was responsible for 3.37 percent of real GDP in 2019.