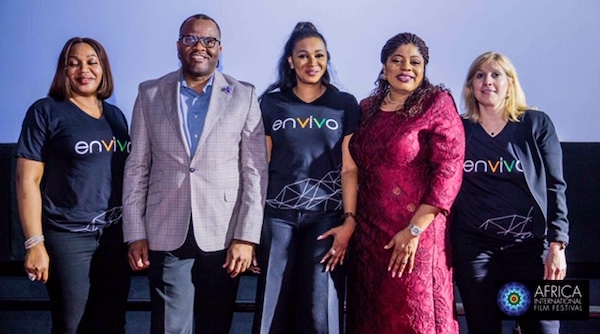 Cloud service provider company, Envivo Communications, has thrust its foot into the movie on-demand sector with the launch of its nvivoTV, reportedly claiming to become the next platform where subscribers could watch their favourite shows, skits and movies for free.

Envivo Communications, in a press release –following the launch, has promised that its product, nvivoTV, would offer diverse short format contents from some of the world’s best content providers, going further to list “locally created original TV series” as part of the packages it would invest in.

While the nvivoTV entrance into the space might be coming to rival market leader IrokoTV, there is a concern as to whether the nvivoTV team has acquainted itself with the market realities playing out in the video-streaming niche.

In simple terms, will this new market player scale in the face of competitions from the Nigeria-based IrokoTV or the likes of Netflix, Disney+, Crackle, Hulu and Sling Orange on the international category? It took IrokoTV hardwork and years down its belt to gain traction as it moved from a YouTube platform to a fully independent movie on-demand platform.

So, beyond nvivoTV offering free subscription as one of its limited package to woo customers, building what its chairperson, Ms Chioma Ude, has described as the hub – for all Hollywood, Nollywood, Bollywood and Telenovelas – would require the investment that must match and surpass IrokoTV’s Jason Njoku benchmark.

Already, the challenge of the average Nigerian is internet data bundle, will nvivoTV’s content be promising enough to generate leads and convert a tangible percentage in the market? Serious questions for nvivoTV.