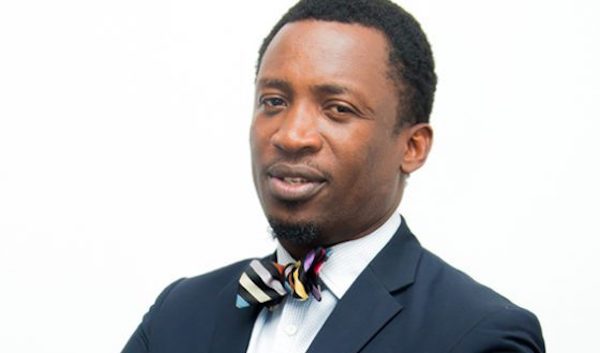 I listened very carefully to Jimi Disu this morning on radio on the recent ban on Okada and Keke Marwa with disgust. I am sorry to be this expressive but his summation riled me and almost drove me to puking. It was so clear he was on a mandate and the authority with which he was making his delivery was unashamedly pedestrian. He kept screaming security, security, security like he could interpret an intelligence report if he was slapped with one.

This one-track mind especially for someone that has such a powerful medium as radio during rush hour is embarrassing. He comes on air and holds on to one position so tightly almost the way an errant man would cling to his pants as the unpaid and woman of easy virtue is dragging it for her payment.

He was told that it was security, Lagos was ‘surrounded’, we were facing an imminent invasion. We would have been all dead by now. Such lazy retorts I have never heard on radio. I still apologise for the harsh words but when an elder decide’s to display his withered balls in public, we will be tempted to drag at it.

His delivery today, it was very clear, had been a brief. Told somethings and sent on an errand which he gleefully delivered in his normal one sided tirade. He must be smirking and glad handing himself for a job well done. Wrong!

This ban to me runs concurrently with the ongoing bane that has evolved with this administration. If you can’t solve a problem, smash it. We can’t control smuggling at the borders, we close it. We can’t negotiate with lecturers, we slam them. Now we cannot regulate Okada and keke Marwa we shut them down.

He gleefully screamed that it was Ambode’s fault. It was Ambode he screamed in his baritone voice. But he hasn’t heard of reforms, review and engagement. He did not even take his time to look at the economic implications, the effect of this harried decision on processes, decision taking and respect of structures.

So, the law was promulgated but I am sure there was a reason it was not enforced at the time and if you are careful to ask why, the answer is simple. The sub-sector had grown tremendously and was creating jobs for thousands, supporting other sectors like courier, services and entertainment. It was also generating revenues for governments and impacting mightily on the economy of the state. It also impacted heavily in the low crime rate as miscreants now had alternative source of income. This must have hampered the government at the time from going ahead despite the legislation.

Now, like every other sector in this our country there are bad eggs. The thing has been infiltrated just like the Civil service and Police and banks. Why not we shut them all down because of the threats the minority are throwing up. LASTMA is a markedly visible agency but a small minority have turned the institution into a laughing stock. Just this last Saturday a friend of mine was robbed of N12,500 by LASTMA officials and daily Lagosians suffer in the hands of these terrors in their dirty uniforms, why are we not banning them all.

A knee jerk approach to things is tantamount to throwing out the baby with the bath water. Recently, credible firms that have secured huge facilities have come into the sector with hi tech facilities and seamless engagement of riders who ride to own. Branded and fitted they criss crossed the metropolis delivery service to the hapless commuters. They are recognisable, corporate citizens registered and can be controlled. Why a sweeping ban? Why not engage them, regulate the sector, open it up to more players and watch them engage the system? While also fashioning a way to identify the errant ones, through licencing and monitoring.

The thing there is that the government knows that their officials are only interested in lining their pockets and since they cannot achieve anything from that angle, they throw the hammer.

Lagos is a huge metropolis with about 20 million people. Throwing just 65 buses at the issue is a big joke and then again, even if we have all the buses in the world, they still will not ply the crevices that make up the slums where majority of the people dwell. I mean the inner cities of Shomolu, Iwaya, Ikorodu and the rest. They can be allowed to ply those inner roads while leaving the high ways for the 65 buses.

The elites who live in the enclaves that make up the huge estates are very happy at this farce. The ones at Lekki phase 1 have already thrown up a poster proclaiming ‘no Okada, no Keke’. I laugh at the idiocy of the believe that ‘we don’t need them’. Forgetting that the underbelly of their community is serviced by this sub structure. Their maids, houseboys, drivers, artisans all are serviced by this. This ban has led to a 100% hike in transport cost which will impact on their salaries leading to a push for more pay. It will also lead to lowered productivity due to the trekking and all thereby affecting them in their gilded homes usually built from proceeds of corruption or the like.

This ban is ill-thought, poorly implemented and worsened by the ‘involvement’ of Uncle Jimmy who not understanding the wider issues fell on a panic strategy to forcefully sell it to the public. Shame.