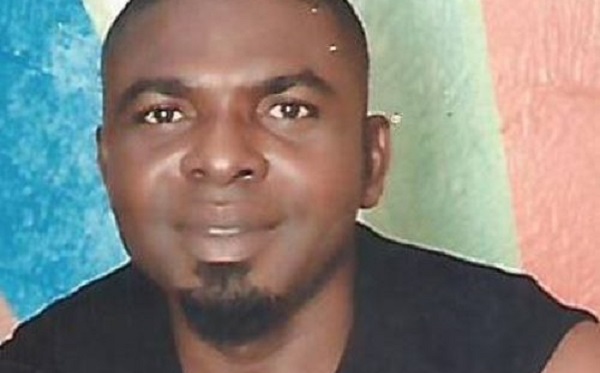 Those conversant with my online published weekly opinions on national issues would readily testify to the demonstrated fact that I have never been a fan of either the notorious Fulani herdsmen or the controversial APC Chieftain Asiwaju Bola Ahmed Tinubu. We are for no one but Nigeria, justice and democracy. Our guiding principle for over a decade has been ‘For God And Country’. Each time one hits the digital keyboard the immortal words of the assassinated Burkinabe revolutionary leader, Capt. Thomas Sankara, “pour la patrie ou la mort nous vaincrons” (for the fatherland or death we shall overcome) rings a deafening bell in one’s consciousness.

Asiwaju Bola Tinubu, former irrepressible Lagos State Governor and the indisputable godfather of the rich mega city-state, is a wily political animal whose interventions in national political affairs often ruffled opposition feathers. Personally one may not like his ‘area-boy’ methods but they have been serving his vested interests over the years as he sought to consolidate power by proxy controlling and commanding the state politico-economic social structures in Lagos. Tinubu still nurses higher dreams and ambitions and no one would deny him these fantasies.

The Fulani cattle herders came to national limelight through their atrocious exploits in pursuit of wealth or dominance. Cattle rearing is an agro-business venture dating back centuries. It is, therefore, ordinarily, a legitimate nomadic business. But when this cow-herding business transforms itself into a terrorizing enterprise by seeking to water the cows’ paths with the blood of the innocent then it must be criminalized.

Last weekend along the Benin-Sagamu Expressway, precisely in Ore town, some unknown assailants had waylaid travellers on the ever-busy highway. When the smoke cleared from the kidnapping incident the 58-year old daughter of the 94-year old nationalist, Pa Reuben Fasoranti, the Afenifere national leader, Mrs. Funke Olakunrin, had been gruesomely murdered! Her car was riddled with bullets. Other travellers were not spared in the attack as inter-state luxurious buses of Young Shall Grow Motors and other motorists reportedly fell victim to the marauders.

Ever since the tragic incident in south-east Ondo State prominent Nigerians had been visiting the home of the old Afenifere chieftain to express their condolence and solidarity. Former President Goodluck Jonathan, Vice-President Prof. Yemi Osinbajo, Asiwaju Tinubu etc. They were all united by grief lamenting the accentuated galloping insecurity across the federation. Indeed President Buhari has lost every claim of being on top of the situation. His home state of Katsina is now as insecure as Borno state or any other state for that matter. Yet the lanky executive herder seemed aloof and clueless!

Since independence over half a century ago Nigeria has never had it so bad a situation, one that reduces the worth of an average citizen’s life to that of a cow! For us ‘infidels’, therefore, the lives of cows may very well be considered more important than ours in the scheme of things Nigeriana. Weep, folks, weep! Weep for a beloved nation led by ‘cows’ and herders!

During his well-publicized visit to Pa Fasoranti recently Asiwaju Tinubu courted controversy by his declaration. Yet he might be right by declaring unapologetically that the opposition forces were playing silly politics with the horrendous assassination of the beloved daughter of the nonagenarian Afenifere leader. He had sought desperately to remove the Fulani herdsmen from the picture of the dastardly killing.

But he himself, wittingly or unwittingly, played hypocritically by falling into the same category he had railed against. By alluding to a financial gesture he extended to the fallen woman in the past Tinubu was smartly trying to remind the rest of us of his generosity and godfatherly pre-eminence.

While we acknowledge here that the Fulani armed and dangerous herdsmen are criminally involved lately in daring kidnapping raids for ransom a la Boko Haram we hold that no tangible evidence thus far implicated them in this bloody case. But by bringing Evans the imprisoned billionaire kidnapper into the mix in desperate efforts to divert attention Tinubu should have educated us more about how abduction or ‘419’ or ‘Oluwole’ started in the country in the first place.

President Muhammadu Buhari has demonstrated his lack of executive capacity to nip the ubiquitous insecurity in the land in the bud. If the primary purpose of governance is not fighting corruption or juggling the economic indices but the protection of lives and properties of the people then Buharism scores an irredeemable ‘F’. And therein lies the major national problem: leadership.

We must, however, collectively look at the issue with a larger-picture mindset. For too long concerned Nigerians have been hinting at restructuring as a sure remedy to our national malaise. With a restructured federation every component federating unit would feel safe in the forced union. Restructuring would bring about a state policing mechanism that would considerably deal with teething problems Mohammed Adamu’s Abuja federal police formation has failed to solve.

Restructuring would ensure equity and justice in the system. And development would follow suit! Restructuring would definitely tame corruption considerably bringing about healthy competition from the states. Reward for merit and excellence would be enthroned in such comprehensive devolution of powers from the confused centre to the federating states.

The cabal close to the seat of power in Abuja should consider it imperative explaining in details (possibly in Hausa language) to their principal what restructuring entails. Its benefits and advantages should be explained equally dispassionately to the President so that he could understand better the historic responsibility of leadership vis-a-vis this national security emergency on our hands.

Until an exhaustive diligent investigation was carried out with culprits clearly identified and brought to book formally we are inclined to rise in defense of the Fulani herdsmen! Any suggestion or imputation of responsibility at this stage, in this regard, remains, in the eyes of the law, gossiping. Linking them hastily to the bloody Ore kidnapping episode nay, terrorism at mid-day, could be likened to calling a dog a bad name in order to gag it or hang it.

RUGA: The Fulani Must Not Fight Buhari’s War