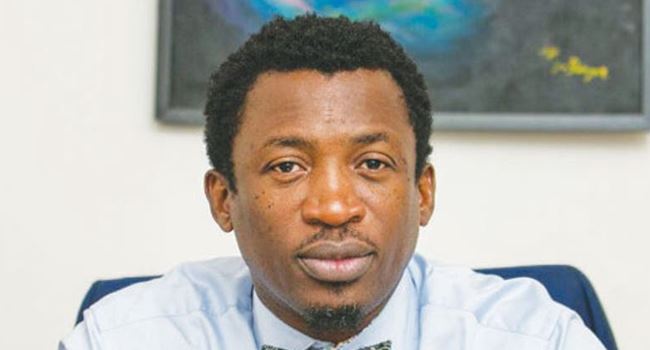 This is a new low for Nigeria. We seem to have become global slaves. Our reputation as a comity of people is now at its lowest ebb and nothing symbolizes this more than the story of Osaze -Osemige-Ero.

The festival was a mutli billion Naira affair that came off highly successful without a glitch.
Unlike most things Nigeria, there was no scandal. No stories of financial misappropriation and he received accolades both from his boss and the generality of the people.

Not quite after this, he set forth for a trip abroad with dual purposes. He wanted to see his family who resides in London and who he had not seen in ages. But the main thrust of the trip was to continue conversations with the German authorities on the repatriation of the stolen Artefacts which was directly under his purview as the man in charge of Culture and Arts in Edo state.

Upon arrival in Italy where he was due to catch a connecting flight to Germany, he was stopped. Things started happening very fast and before you realized it, Osaze had spent one year six months in maximum prisons in Italy, labeled a don of a non-existent Nigerian mafia.

Now, see my stress. This was not an ordinary Nigerian from the street. This was an official of State who was on a pseudo-official assignment just picked up from the airport like ant. No previous criminal records, no offence committed but tossed around a judicial system that is less than European and at the mercy of his family without the Nigerian government raising a twitch.

Osaze is all smiles and thankful to God, his family and friends who rallied round to ensure that the charges were dropped securing his release. But he has arrived Lagos with a more sordid story.

By his narration, there are over 300 Nigerians in various Italian jails under very spurious allegations. These Nigerians not having resources are left to the very harsh realities of a warped Italian judicial system.

According to him, as a result of the European Union pressure on Italy to reform its judicial system, Nigerians in that clime are now bearing the very hard brunch of that reality. Many are scurried away with their rights and severally trampled upon while some even lose their lives.

Osaze’s quest is how to galvanize support in freeing up the very innocent ones. He plans to stage awareness matches to the Italian Embassy and even go as far as the European Commission on Human Rights in Strasburg .

This is really sad, especially as we have a diaspora commission whose sole duty is beginning to look like a page from a Nollywood movie. It’s all photo opps, opportunistic positioning, just empty grandstanding without any real depth in grasping the realities of Nigeria’s situation out there.

The Foreign Ministry also seemed to be hamstrung. They didn’t lift a finger in Osaze’s case and have certainly not even looked towards the sufferings of most Nigerians any where outside of these shores.

Osaze would be left to fight this fight alone without the support of the establishment. The energy and zeal with which he fought to get himself out of hell will guide and strengthen him as he begins another journey.

God be with him.