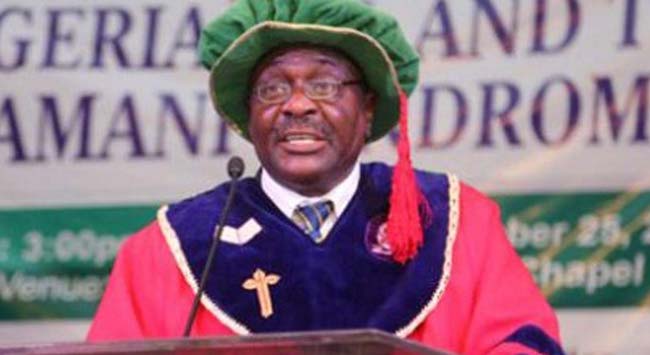 I have followed with keen interest the debate between Obasanjo and Edwin Clark as regards who owns the oil. Is it Nigeria or the Niger Delta? Unfortunately, as we will demonstrate in this piece, both of them are wrong. This is because in concrete and substantive terms, the oil belongs to the oil companies and their parent governments who then gives the Nigerian state mere pittance.

Meanwhile, the likes of Obj and Clark continue to bask in the illusion of ownership. There is a name for this: false consciousness.In the bid to put our position in perspective, this piece must be kicked off on a personal note.
A great deal of my professional life has been spent on oil, its diplomacy and of course politics.

This life-long venture has taken me through advanced university degrees and a post-doctoral career which was solely devoted to teaching and publishing on the above mentioned areas. Therefore,it was impossible to ignore the intra-elitist exchange between Obasanjo on one hand and Edwin Clark on the other. These are two eminent Nigerians who in various ways have contributed their respective quotas to the making modern Nigeria.

The downside in much of the immediate foregoing is that the two of them, along with other members of the political class, are also partly responsible for the current woes of this country. But then, I appear to digress. This is because my main focus is on their differing perspectives as regards who owns the oil found in the geographical area called Nigeria. Obasanjo, the former head of state, waxing strong and expansive, is of the view that the oil belongs to the whole of Nigeria, and not to a relatively insular entity like the Niger Delta.

By the way of response, Edwin Clark, a former federal commissioner and major figure in the South-South has countered that the oil indeed belongs to the Niger Delta.

In a rather compelling way, OBJ who is always quick to pick up the gauntlet did a reply to the Niger Delta Chieftain by citing constitutional provisions. Among other things, he was of the rather legalistic view that there can be no two sovereigns in the geographical area called Nigeria and as such, and to repeat the oil belongs to Nigeria.

READ ALSO: In open letter Obasanjo fires back at Clark over accusation of hate for Niger Delta

As I read this exchange of brick bats, I was appalled by the fact that these two very knowledgeable members of the Nigerian elite were yet to grasp the nuances and substantive dynamics which underpin the Nigerian oil industry. At the risk of sounding stark, I want to repeat that both of them are wrong. If I may be allowed to reiterate, the oil – in concrete and substantive terms – belongs neither to Nigeria nor the Niger Delta; rather the oil belongs to the oil companies and their parent governments.

Sure, in sheer putative terms or cosmetic sense, the oil could be said to belong to Nigeria or constituents of the self-same country. Consider this: if the oil companies did not put in place their technology backed by their governments, where would Nigeria be? And this is why we have often said in seminars across the world that, it is a misnomer to regard Nigeria as an oil producing country. No, she is not.

Let us deal with the former situation first. According to Segun Osoba, the OAU radical historian and not Osoba the politician, when the British were about to leave Nigeria in the formal sense, they put in place the petroleum profits tax of 1958-1959. This, among other things, guaranteed that the stupendous profits coming from oil will continue to flow to the oil companies, most of whom were of British extraction at that point in time.

And as if to indicate that what is being said here is not confined to Nigeria, Algeria, another oil producing country, also had a taste of this oppression. After the blood-letting and carnage which was the war between Algeria and France; one of the terms of the settlement was the Saharan Code. Among other things, despite the seeming exhaustion of a war-weary France, embedded in the Code was the provision that an independent Algeria must give privileged access to French oil companies.

Just like Nigeria had to do, as regards British oil concerns. Even then, what has been sketched above relates also to power realities in the international system. At that point in time, Britain and France were the imperial powers. After 1945, they were replaced by the new hegemon located in Washington. This was why after Nigeria’s flag independence, new oil companies came on the scene, and most of them were of American origins backed by Pentagon and the State Department.

Think of it. After British Petroleum, the new players on the Nigerian oil scene were entities like Exxon, Mobil and Texaco- all of them American; which was why Jean Marie Chevalier, in his book, The New Oil Stakes, was of the view that the history of oil is the history of imperialism.

On this note, discerning readers cannot but remember the episode of the Stanley Gray element in the Nigerian civil war. Grey was the BP official who was caught in the cross-fire between Nigeria and Biafra. So, who was to receive the royalties.

The federal side or the breakaway republic of Biafra. It was a testy moment. One had de-jure control while the other had de-facto control. In consonance with the character of the perfidious Albion, BP paid to both sides – into their respective escrow accounts.