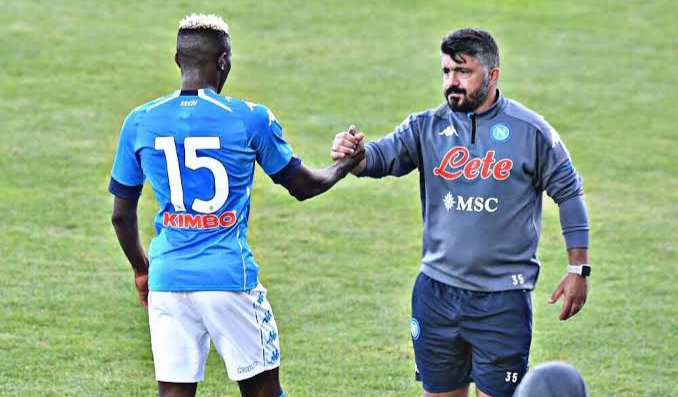 Italian Serie A club Napoli have given a fresh update on the health condition of their striker, Victor Osimhen, who collapsed during a game on Sunday.

The Nigeria international was stretchered off in the final minutes of Napoli’s league game against Atalanta after he suddenly collapsed following a rough tackle by an Atalanta defender.

Osimhen, who was immediately taken to the hospital after the incident, was suspected to have sustained a head injury but the tests returned negative.

Napoli Tuesday revealed that further tests were carried out, but all returned negative.

“Victor Osimhen underwent further tests, with all coming back negative,” read a statement on the club’s website.

“The striker will now rest for a period of a few days before gradually returning to training.

“His condition will be monitored on a daily basis,” the statement added.

Napoli are billed to host Granada in the Europa League on Thursday. The first leg of the round-of-32 tie in Spain last week ended 2-0 in favour of Granada.

Osimhen will not be available for the revenge mission.

Related Topics:atalantaNapoliVictor Osimhen
Up Next