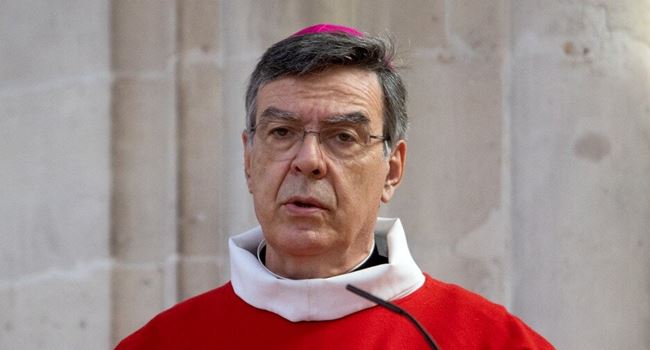 The Archbishop of Paris, Michel Aupetit, has resigned his position following the exposure of his secret romance with a married woman.

In a statement by the Vatican on Thursday, the head of the Roman Catholic Church, Pope Francis, has accepted Aupetit’s resignation who offered to step down over “ambiguous behavior” with a married woman.

Bishop Aupetit offered his resignation after a report in Le Point magazine surfaced detailing allegations that he had engaged in a consensual relationship with the woman, which he has denied.

In a statement, Aupetit offered that he stepped down “to preserve the diocese from the division that suspicion and loss of trust are continuing to provoke.”

A spokeswoman for the diocese last week said Aupetit “had ambiguous behavior with a person he was very close to,” adding the relationship was neither sexual nor “a loving relationship.”

She said Aupetit’s resignation was “not a confession of guilt, but a humble gesture, an offer of dialogue.”

The Bishops’ Conference of France in a statement, said Pope Francis has also appointed Georges Pontier, the former archbishop of Marseille, as Apostolic Administrator of Paris, to replace Aupetit.