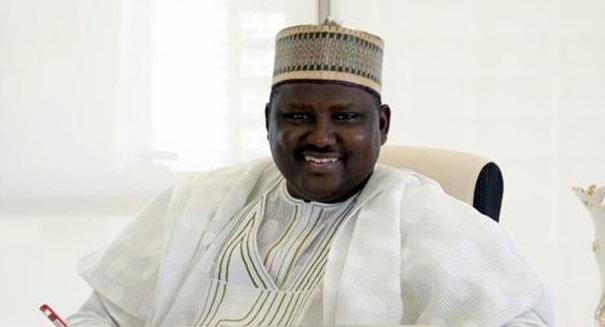 Abdulrasheed Maina, the man at the centre of the widely publicised pension debacle, has now turned from a leading villain to hero of sort in the whole pension charade following recent discovery that the Senate committee on establishment may have deceived the 7th Senate into taking an inglorious stance on the Maina led Presidential reform task team (PRTT) to achieve some sinister objectives.

Maina had severally indicated his willingness to talk to the Buhari administration but was never given the opportunity, he had granted interviews to the media on this whole pension scandal but nobody listened. There were also several assassination attempts on his life, but nobody cared, nobody ever asked questions and the threats, intimidation and persecution of Maina continued unabated till today.

However, the facts on the ground and from every testament so far suggest that we may have been deceived and peddled with the wrong information deliberately by the Senate committee led by Senator Kabiru Gaya where Maina was singled out and accused of stealing N195billion pension funds recovered by the PRTT, the same Senator Gaya had cleared the air in an interview he granted the Sun Newspaper on 3rd April, 2016, where he admitted that the alleged missing N195 billion, which was attributed to the leadership of the Pension Task Team in 2012, was part of the monies currently in the government’s Treasury Single Account (TSA), at the CBN.

Though the interview Gaya granted was made in 2016, the issue was resurrected following recent statements credited to certain govt officials which was carried by some online newspapers that the N195billion was truly deposited and forms part of the funds kept in the TSA at the CBN

Accordingly, the attention of the Senate must be called to such grievous errors caused by lopsided handling of oversight functions by its own committee, so as to save those who may have suffered as Maina recently reopened arguments on his innocence over the alleged plunder of N195 Billion from recoveries made by his committee, following that revelations by the Senate Committee Chairman, Gaya, to the effect that, the money was never siphoned as such, but forms part of funds saved in the treasury Single Account, TSA.

Mr. Maina told the media in Abuja that members of the task team deserve an apology from the Nigerian senate for smearing their names, and particularly from Gaya for telling lies against them and from the Federal Government for concealing the facts about the matter, even when they know the team members were innocent. Maina said, his case is more grievous as none of the members of his team suffered any form of public odium like him, having been singled out for persecution because of the lies told about him by the senator, for which he was forced out of his job, and maligned severally over an issue that never existed.

“I was singled out and I suffered so much as a result of the false allegation”, he insisted, saying, nothing short of an apology and adequate compensation for all his sufferings can address his anger against a system he served dedicatedly all his life. According to Abdulrasheed Maina, “it is really sad that the same man (Kabiru Gaya), who told the whole world that I stole N195 billion has come out to say that the money is intact in Buhari’s TSA account in the CBN, he must pay for destroying my character, integrity and the loss of my job. I was being haunted all around, and people who earlier had confidence in me now think otherwise” he lamented.

According to Mr. Maina who has been avoiding public attention since he was alleged to have been instrumental to the fraud of N195 billion, the last has not yet been heard from him as he will pursue justice, even though he has suffered enough for no cause.

Read Also: Why a social contract is inevitable for the common man

The Nigeria accountability forum, NAF and the Northern youths coalition for justice and national orientation had earlier stated in a release made available to journalists in Abuja and Kaduna respectively that Kabiru Gaya may be dragged to court should he fail to apologize to Maina and members of the Task Team, whom he along with another senator Aloysius Etuk had maligned unnecessarily in a despicable manner and misguided the Nigerian Senate into taking the wrong decision on the Maina issue, thereby destroying his reputation and exposing him to public ridicule and condemnation for no just cause.

I don’t know if Senator Kabiru Gaya and his team finally apologized to Mr. Maina, I don’t know if Mr. Maina took the case to court, but I know there is more to this case than meet the eyes.

There is more we have not heard as it seems some people don’t want Mr. Maina to talk, since they are hell bent in pinning this false and unsubstantiated allegations of fraud on his neck. However, Mr. Maina has said it all in virtually all the interviews he granted to the media, he has also given enough lead to investigators to get to the root of this case and unravel the truth, he had also offered himself to assist govt recover funds still trapped in some agencies, an assignment he had professionally done with admiration to Nigeria in the past.

However, government’s reluctance to follow this lead and their unwillingness to act in national interest is what is baffling most Nigerians.

It is therefore very disturbing to see that an innocent person was subjected to this kind of humiliation and so much pain by an agency of Government that has sworn to obey the rule of law and be fair to all Nigerians. Indeed the unjust vilification of Maina in the hands of government officials even when he has won all cases he instituted against them is morally wrong and should be condemned by all Nigerians with good conscience.

Whether the Senate would now apologise to Maina for smearing his name and concocting falsehood against him in the coming days remains to be seen, as the embattled pension czar is now set to institute yet another legal suit against Senator Kabiru Gaya and co for defamation.

Governor Okowa As A Later-Day Saint