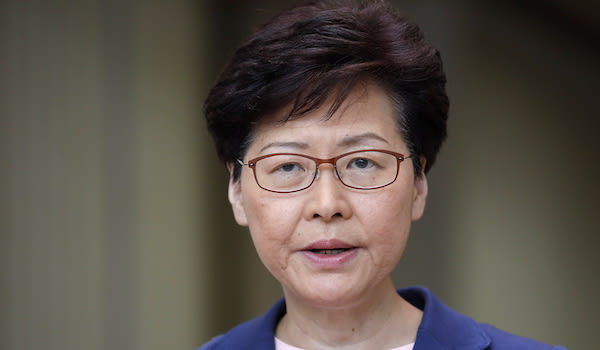 Embattled Chief Executive of Hong Kong, Carrie Lam, has officially withdrawn the controversial extradition bill which has thrown the semi-autonomous city into months of strife.

Lam announced the withdrawal of the controversial bill on Wednesday in an announcement made via a pre-recorded televised statement.

“The government will formally withdraw the bill in order to fully allay public concerns,” Lam said in the video statement released via her office.

The withdrawal of the bill by Lam now meets one of the main demands of pro-democracy protesters who have led ceaseless demonstrations in Hong Kong.

The development comes a day after Lam apologised for sparking prolonged political crisis and admitted that she would quit if she had the chance.

She revealed that much in an audio recording obtained by Reuters news agency also told a closed-door meeting with business people last week that she had “very limited” room to resolve the crisis because the unrest had become a threat to national security.