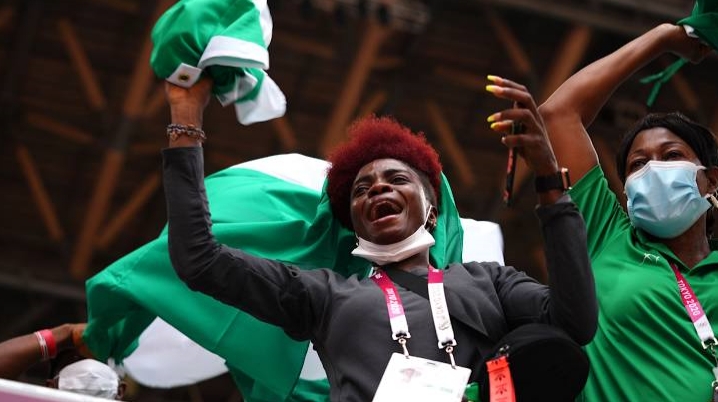 Recall that the AFN under the then leadership of Engr Ibrahim Gusau signed a four-year contract with PUMA in 2019 said to be worth $2.76m, and was due to expire in 2022.

In a letter dated Wednesday 4th August 2021 and signed by the company’s director Manuel Edlheimb, PUMA said it was officially notifying the federation of its termination of Sponsoring and Licensing Agreement.

“We are referring to the licensing and sponsoring agreement signed between our company and your federation,” the letter stated in part.

“As a direct consequence of the recent developments, particularly at the Tokyo Olympic Games 2020 and pursuant to clauses 9.2 and 7.3 of the Agreement, we hereby terminate the Agreement with immediate effect.

“PUMA especially declares to be discharged from any or all obligations towards all stakeholders involved and reserves all rights against these entities and individuals.”

Part of the contract was that PUMA would supply apparels to all age categories to Nigeria’s Athletics team for four years at no cost.

In addition, gold medalists at the Tokyo Olympic Games will earn $15,000, silver medalists will get 5,000 while a bronze medal will fetch athletes wearing the PUMA apparel at the games $3000.

But the leadership tussle in the AFN that has lingered since 2019, resulted in the Nigerian Athletics athletes at the Olympics being asked not to wear the PUMA kits, which were already reportedly shipped to Tokyo by the German company.

Recall that two different elections held on the same day in June, producing two separate boards that are currently parading themselves as the legitimate AFN board.

Ibrahim Shehu Gusau and Tonobok Okowa emerged as presidents in the separate elections held in Kebbi and Abuja respectively.

Both factions actually rebuffed reconciliatory moves by World Athletics and the Confederation of African Athletics before going ahead to hold the parallel polls.

Tokyo 2020: No medal for Enekwechi after 12th-place finish in Shot Put final

How the Nigerian Gaming Industry Changed