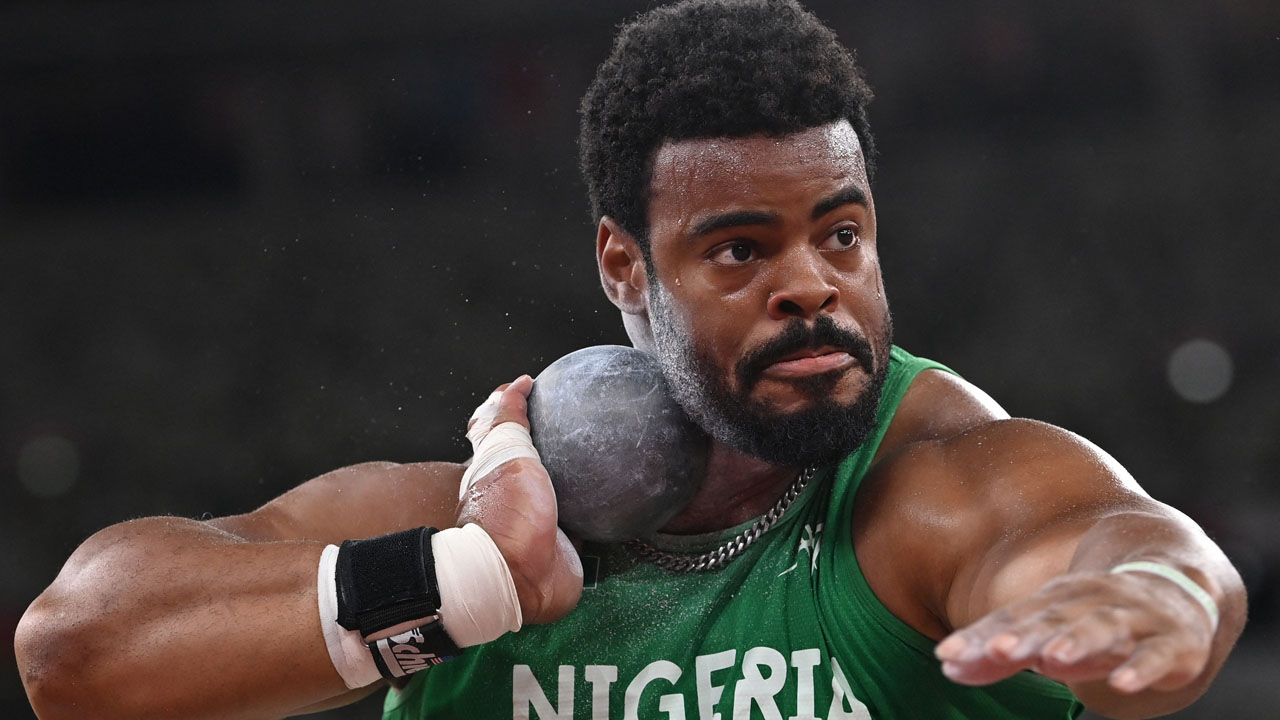 Team Nigeria’s hopes of claiming a medal in the Shot Put event at the Tokyo 2020 Olympic Games were dashed on Thursday morning when sole representative, Chukwuebuka Enekwechi finished 12th in the final.

Nigeria had already bagged two medals from the rescheduled Games but hoping to see Enekwechi make a podium finish after zooming into the final of the event.

It was a hard one for the US-based athlete whose last throw of 19.74m was not enough to make the last round of the final.

Enekwechi finished 12th in the competition, throwing a mark of 19.74m after he had fouled in his opening throw before throwing 18.87m on his 2nd attempt.

Elsewhere, the Team Nigeria women’s 4x100m team could not go past the first round in their event earlier on Thursday morning.

The team, comprising of a quartet drafted in from different events to represent Nigeria, finished 6th in heat 2, posting a time of 43.25 seconds.

Tobi Amusan, Grace Nwokocha, Patience Okon-George and Ese Brume undertook the job after members of the team that qualified for the event in Tokyo were later disqualified from participating for failing to meet the out-of-competition tests.

As it stands, team Nigeria are not looking to win any medal other than the silver in wrestling and the bronze in long jump won by Blessing Oborodudu and Ese Brume respectively at the Games in Tokyo.

The Olympics will come to a close on Sunday, 8 August.