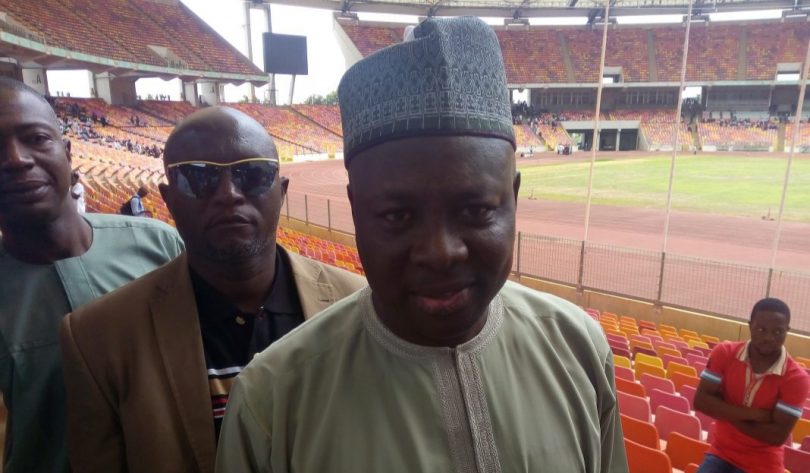 Engineer Ibrahim Gusau insists he is the duly elected president of the Athletics Federation of Nigeria (AFN) despite the recent proclamation of the Ministry of Youth and Sports.

Gusau was placed on suspension following allegations of gross violation of the provisions of the federation’s constitution as well as refusing to pay athletes their wages after representing the country last year in Abidjan.

The former vice president, Olamide George had since been put in interim charge of the federation.

As a further confirmation, Mr Tunde Akpeji, Special Assistant to Sports Minister Sunday Dare, last Wednesday restated the Ministry’s position that Gusau remains suspended as president, stressing that Olamide George will continue to pilot the affairs of the federation.

The board of the athletics federation would later meet on Thursday and decided that Gusau has been impeached.

But over the weekend, Gusau reacted to his impeachment through the AFN official Twitter handle, saying that the meeting held in Abuja was illegal.

“My attention has been drawn to publications in the media that I have been impeached as the President of the Athletics Federation of Nigeria by some members of Board of the Federation, led by the suspended 1st Vice President, Hon. Olamide George.

“It is on record that the alleged board meetings held in Abuja on December 3, 2019 and January 23, 2020 are illegal, unconstitutional and all decisions taken at both meetings are null and void. Consequently, they are of no effect.

“I had earlier drawn attention to the provisions of the Constitution of the AFN wherein it stated that Board meetings can only be convened on the directive of the President. For the avoidance of doubt, I did not convene any of the two meetings referred to above.

“The Constitution of the AFN provides that only the Congress can exercise the powers which the illegal Board meetings sought to exercise.

“The publications also addressed Hon. Olamide George as the President of the AFN. This is another clear contravention of the provisions of the AFN Constitution which clearly states that no one can become President of the Federation except through an electoral congress.

“I have approached a court of competent jurisdiction for the interpretation of various provisions of our Constitution.

“To that extent, I remain the duly elected President of the Athletics Federation of Nigeria.”