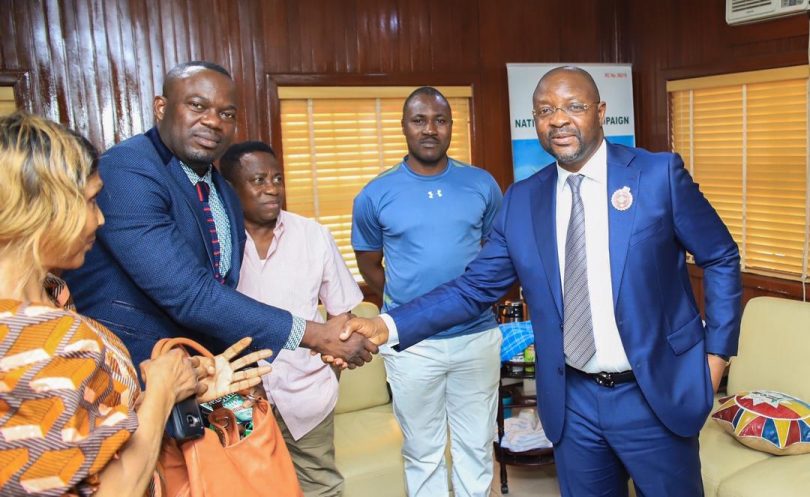 The acting leadership of the Athletics Federation of Nigeria (AFN) has hailed the Sports Ministry for coming to the rescue in settling the entitlements owed some Nigerian athletes.

The Ministry of Youth and Sports Development was said to have released the sum of N13,000,000 for the CAA U-18/U-20 Championship held in Abidjan, but athletes were subjected to harsh conditions and were not paid their entitlements.

This and other reasons had led to the suspension of president of the federation, Shehu Ibrahim Gusau, as a yet-to-be-resolved crisis followed.

Minister Sunday Dare had promised to pay the youth and junior athletes who represented the country at the competition, and has fulfilled the promise as the AFN confirms that the athletes have started receiving credit alerts.

“We are very grateful to the Honourable Minister for coming to the rescue of the athletes who were subjected to indecent treatments just because they wanted to represent their country, Nigeria,” said the AFN acting president, Honourable Olamide George

“With Mr Dare as Sports Minister, our sports, especially track and field is surely in good hands.”

Meanwhile, the crisis rocking the federation has continued to be a thing of worry as the former leadership and the current acting leadership are still in a battle.

But on Wednesday, Minister Dare, through his Special Assistant, Tunde Akpeji, restated the Ministry’s position that Engineer Ibrahim Gusau remains suspended as president of the athletics federation.

Akpeji stressed that the leadership of AFN under Olamide George will continue to pilot the affairs of the federation.

He said: “An Investigative Panel was set up by the AFN Board under the Acting President Olamide George and the outcome of the said panel has not been released.

“The Ministry is aware that Ibrahim Gusau was given ample opportunity to appear before this [AFN] panel and clear all allegations against him.”

The Shehu Ibrahim Gusau faction are yet to say a word.