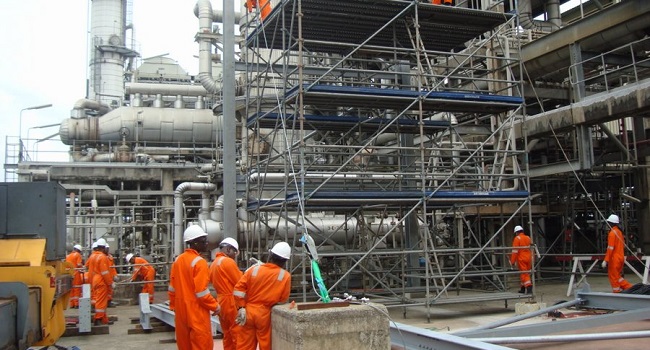 The Nigerian National Petroleum Corporation (NNPC) has said that Federal Government-owned refineries lost N96.34bn in the first nine months of 2018.

The data also revealed that the refineries, for the first time 10 months, made a profit of N928.81m in April, adding that none of the refineries was able to process crude in September.

On the other hand, Kaduna Refinery only processed crude oil at 4.7 per cent capacity utilisation in January this year before it became idle from February to September.

“In September 2018 there was no crude processed by the three domestic refineries as against the 56,804 metric tonnes processed in the preceding month. This translates to nil combined yield efficiency as against the 80.74 per cent in August 2018.”

“The lower operational performance recorded is attributable to the ongoing revamping of the refineries which is expected to further enhance capacity utilisation once completed,” the NNPC said in its September report.

The corporation also said it had been adopting a merchant plant refineries business model since January 2017.

According to it, the model took cognisance of the products worth and crude costs, adding that the combined value of output by the three refineries (at import parity price) in September amounted to N1.44bn.

It added that the associated crude plus freight costs and operational expenses were nil and N8.41bn respectively.

This, according to the NNPC, resulted in a deficit of N6.97bn by the refineries.

Nigerian govt aims at 40% switch to LPG from petrol, others