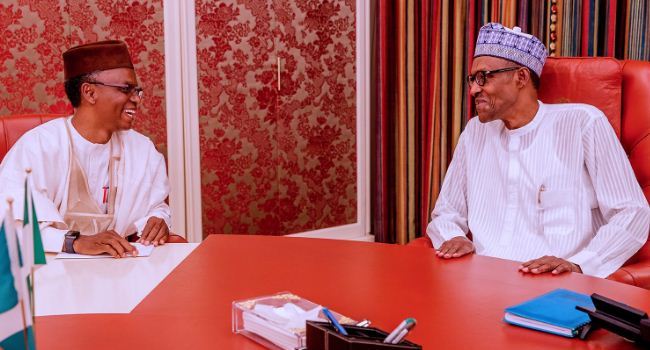 The Human Rights Writers Association of Nigeria, HURIWA, has moved to petition the Vatican City in Rome, and President of the United States of America (USA) in the White House to call President Muahmmadu Buhari and the Kaduna state governor, Mallam Nasir El-Rufai to stop an alleged siege against Christians.

HURIWA is seeking the intervention of the Pope and President Trump to stop what it described as the systematic genocidal killings of Christians in the Christian dominated heartland of southern Kaduna state.

The group in a statement on Tuesday jointly signed by the National Coordinator Comrade Emmanuel Onwubiko and the National Media Affairs Director, Miss Zainab Yusuf, said that it has told the world leaders that both the Kaduna state political authority and the Presidency of Nigeria are treating with levity the grave threats of extinctions and genocide that Christians are subjected to in Kaduna state.

HURIWA also lamented what it said, was the spate of well-coordinated armed invasions of churches and Christian dormitories by suspected armed Islamists and bandits who have made Kaduna state the epicenter of these extensively coordinated attacks against Christians.

The group added that “On the last count virtually all major Christian denominations in Kaduna State have witnessed dozens of attacks just as dozens of pastors have died in the cause of these targeted armed invasions and kidnapping. We are not accusing the Kaduna state government of involvements but we are worried about the conspiratorial silence to these series of attacks.

“We have consistently asked the politicians of Kaduna state to respect section 14(3) of the constitution which obliges the appointments of all ethno-religious community members into strategic offices but in 2019 election, the governor made sure only Moslems are railroaded into the offices of governor, deputy and even the office of speaker of the Kaduna state House of Assembly is occupied by a Moslem.

“This is the fuel that has ignited widespread mistreatment of Christians. The incessant attacks by armed Islamists targeting only pastors; Christian schools and clerics of Christian denomination have become a national emergency.

“Since Nigerian State and the Kaduna state government are not treating these threats as a national emergency we have decided to let the world know the true state of things and we are happy that some organizations have made similar findings.

“Section 14(3) (4) of the Constitution provides thus: ‘The composition of the Government of the Federation or any of its agencies and the conduct of its affairs shall be carried out in such a manner as to reflect the federal character of Nigeria and the need to promote national unity, and also to command national loyalty, thereby ensuring that there shall be no predominance of persons from a few State or from a few ethnic or other sectional groups in that Government or in any of its agencies.’

“Sadly, the Kaduna state government and the office of the Nigerian President are deeply entrenched in the selective appointments of mostly Moslems as holders of virtually all strategic positions thus neglecting the other key constituents who are Christians and atheists including worshippers of African traditional religion. The recent kidnapping of senior seminarians of the Catholic Church in Kaduna state is one of such widespread well-coordinated attacks.

“The Four seminarians, between the ages of 18 and 23, were abducted Wednesday night recently from their seminary in Kaduna, in northwestern Nigeria.

“Pius Kanwai, 19; Peter Umenukor, 23; Stephen Amos, 23; and Michael Nnadi, 18, were taken from Good Shepherd Seminary in Kaduna, around 10:30 pm on Jan. 8 by gunmen. Police are searching for the four young men.

“HURIWA is hereby endorsing the position that the security situation in Nigeria is appalling, as was observed by Heine-Geldern, executive president of ACN International, who reported correctly that Criminal gangs are further exploiting the chaotic situation and making matters still worse.

“HURIWA accepts the comparison he drew about the situation in Nigeria to that of Iraq prior to the Islamic State’s invasion: this scholar stated that already at that stage, Christians were being abducted, robbed and murdered because there was no protection by the state. This must not be allowed to happen to the Christians of Nigeria. The government must act now, before it is too late.

“HURIWA lamented that the gunmen, disguised in military camouflage, broke through the fence surrounding the seminarians’ living quarters and began shooting sporadically.

“They stole laptops and phones before kidnapping the four young men. But the nation’s heads of security forces have yet to make concerted efforts to retrieve these Senior Seminarians from their kidnappers who are armed Islamists.”